Ponteland Golf Club, just north of Newcastle-upon-Tyne, has purchased a Wiedenmann Terra Rake to add even more quality to their surfaces. 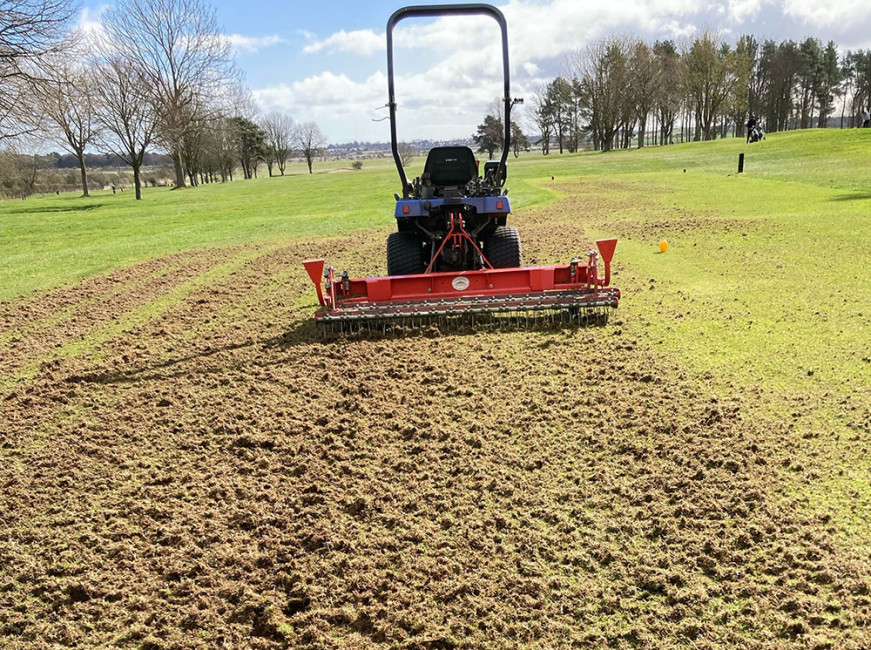 The picturesque parkland club already has a deserved reputation for first rate greens but sought a Terra Rake to bring their tees, aprons and fairways to the next level.

It also happened to be the first purchase of new Course Manager, Craig Kilgour, who took up the post in March, after spending over 30 of his 35-year greenkeeping career at the Northumberland club.

“Across the pandemic we couldn’t be everywhere, and our fairways suffered in particular,” said Craig. “Too much moss, some bare patches; they needed some attention.”

“Aeration was first on my list, so I organised for contractors, Turf Care of Consett, to come in with their two new Wiedenmann Terra Spikes XD8s, and tined them down to about 7 inches (18 cm). After that they got sprayed a couple of times with a really good feed.”

“Next, was a demo with a Wiedenmann Terra Rake Luckily for me, my local dealer, Thomas Sherriff, had a 2.3 m ex-demo model for sale, and within half an hour of its arrival, we had decided to buy it.”

Craig and his team, which returned to a full complement of six in May, have tackled several renovations this Spring, with the new rake adding benefit to each of their projects.

“In the six weeks we’ve had it, we’ve been around all our fairways three times on its most aggressive setting. It rips out thatch and so much organic matter. Now the fairways are looking the healthiest they’ve ever been.” 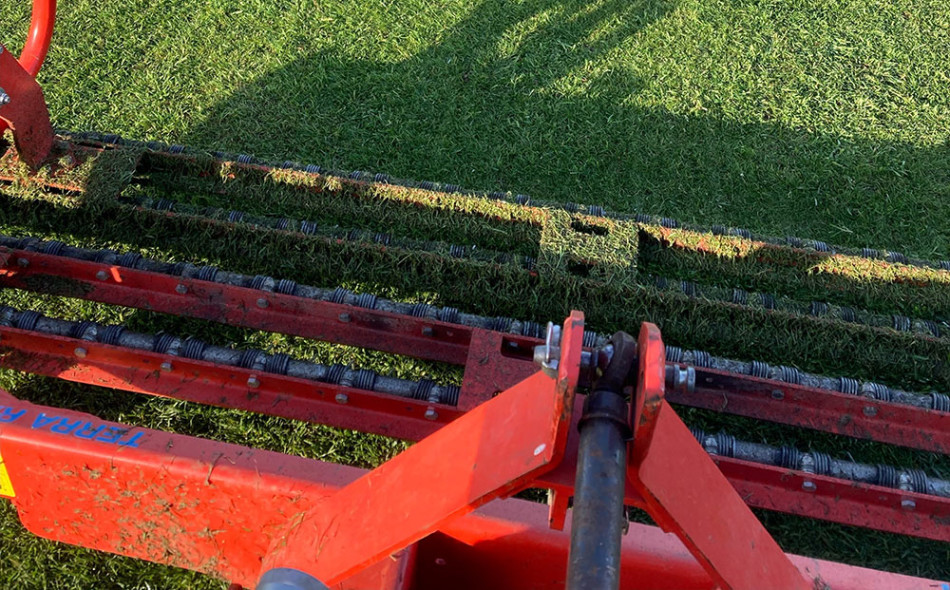 “Our tee boxes and aprons which had been hollow cored, sanded and fed, have also had the Terra Rake treatment. The aprons have had two passes already. It’s scarifying tines have pulled out dead grass from everywhere. Genuinely, it hasn’t stopped and its starting to bring the quality we were looking for… The Chairman is delighted, the members are over the moon and so win, win.”

“Going forward through the season, we’ll probably try to use it monthly; it helps to stand up the grass before we cut and it also helps stripe the turf to keep it well presented. Because of time, our concentration has been limited to the finer areas, but we can’t wait to see the job it will do to help with rough management.”