Everris (soon to be ICL Group), Syngenta, Campey Turf Care and Toro got together to present Turf Science Live in Naas Golf Club. The one day event showcased some of the latest research and technological innovations in turf care agronomy. 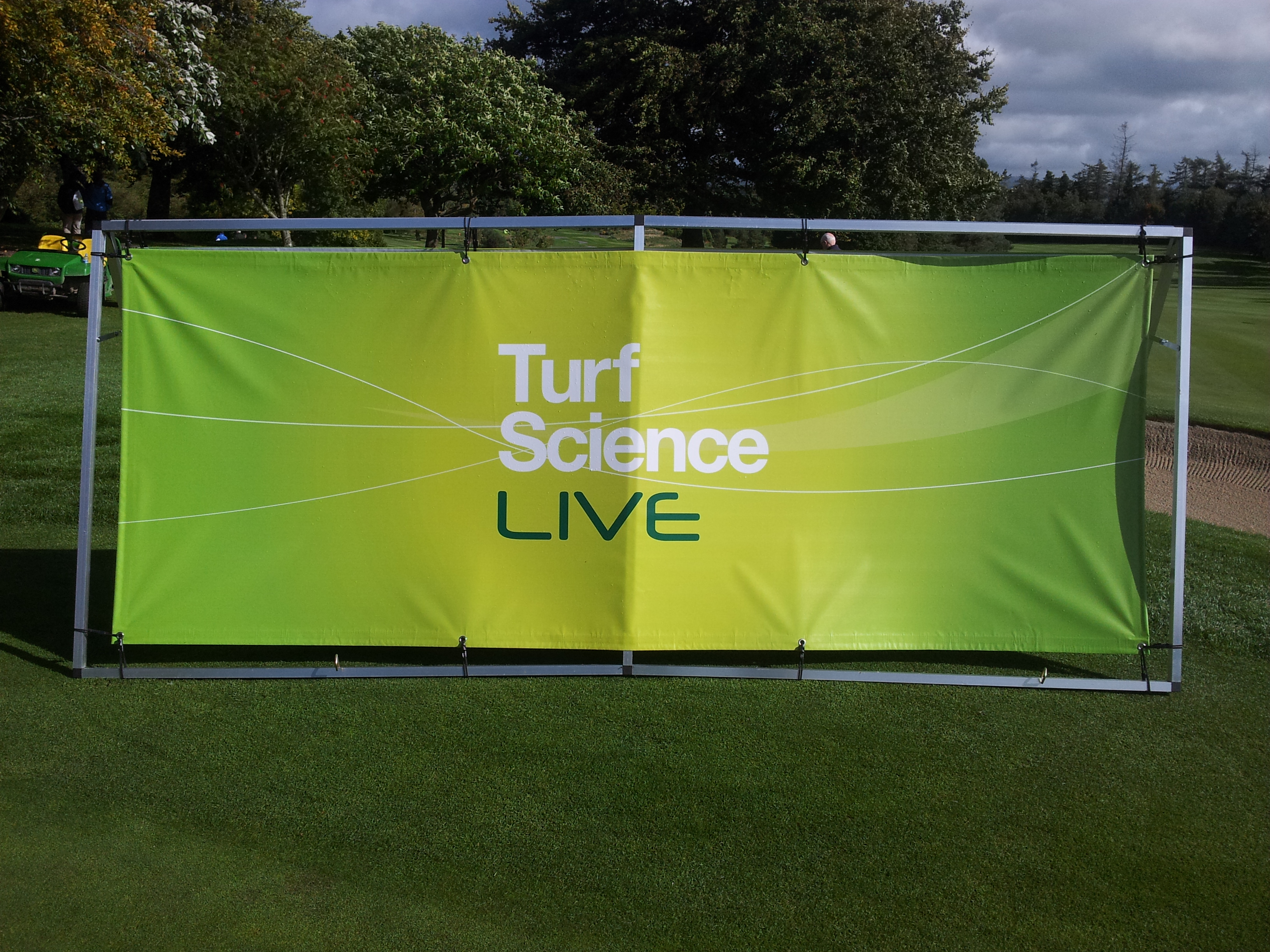 On a lovely day in Naas, apart from the odd brief shower, over 140 greenkeepers, grounds men and agronomists were treated to a very enjoyable day of demonstrations of some fantastic new machinery, clever amenities and cutting edge technology. As well as being catered to by the lovely staff at Nass Golf Club, who served up breakfast, lunch and coffee, tea and biscuits throughout the day.

With seven demonstrations set up across four hole of the absolutely immaculate Nass Golf Club, attendees were split into seven groups and moved between demonstrations in intervals. This was brilliant system and made the day move at an enjoyable pace. Each demonstration was very well presented by speakers who were all very knowledgeable and enthusiastic about the machines and products on show. 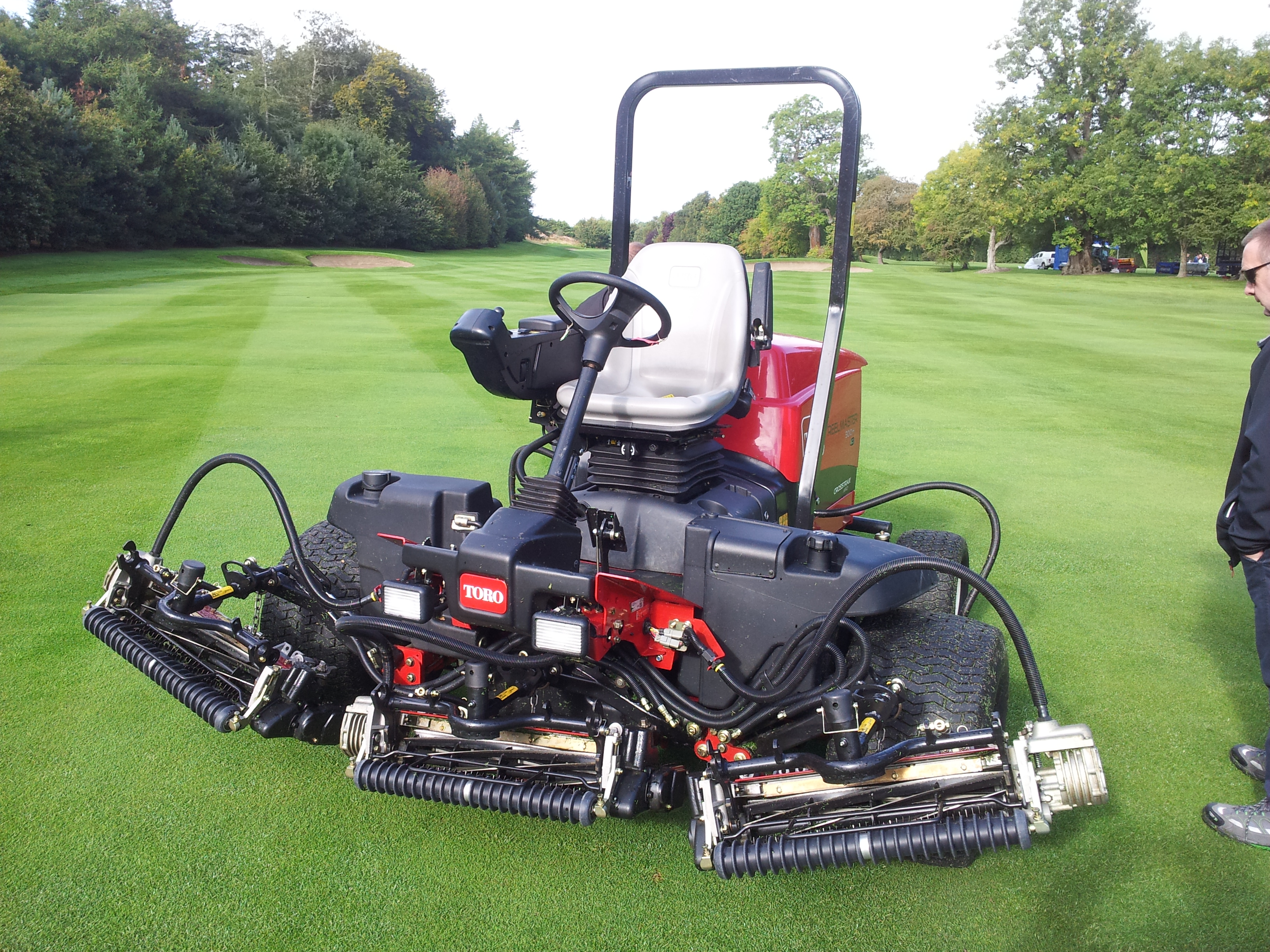 The first station we hit was Toro Technology with Dermot O Connor, on show was a hybrid fairway mower and a self-propelled sprayer. Both machines look fantastic and are utilizing the advancements of modern technology, the fairway mower has the all the performance of a conventional fairway mower from a 24hp hybrid power plant, this saves a considerable amount of fuel, lowering operating costs and reducing the vehicle's carbon footprint. The self-propelled sprayer is easy to use whilst being extremely accurate making considerable savings on chemicals and fertilizer. Dermot lets us test drive the machines, he's a brave man, but he must have been nervous when Gabriel from Atlantic Gold put mower blades down and started adding an extra 10ft to the fairway. After a few laps of the 18th fairway, the sound of a horn shot out and it was on to the next station. 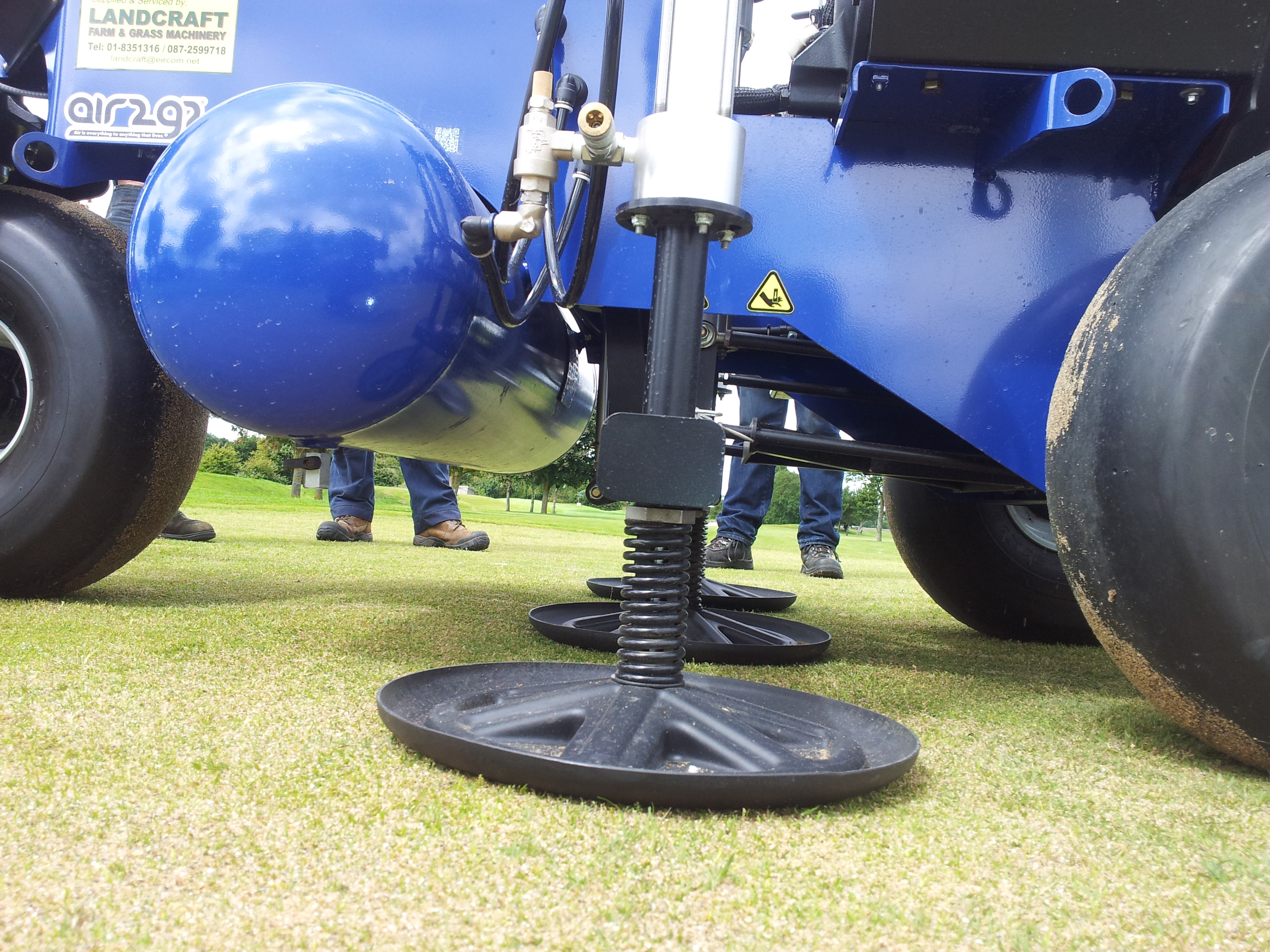 Next up was Campey Turf Care with Brian O'Shaughnessy. Brian demonstrated some of the most effective and least disruptive methods for modern turf maintenance and renovation. The Air 2G2 and the VGR Top Changer were a couple of highlights from the demo. The Air 2G2 (image below) we are told is being used by Real Madrid in the Bernabeu, it is a very impressive and easy to use machine, its designed to aerate deep into the soil by injecting air up to a depth of 10-12 inches, this de-compacts the soil around the root zone, this is a very powerful machine, you can actually see a ripple on the surface when the air is injected into it. The VGR Top Changer seems to do several jobs at once, the impressive machine can aerate while delivering nutrients, wetting agents and other soil improvers directly to the root zone at the same time. 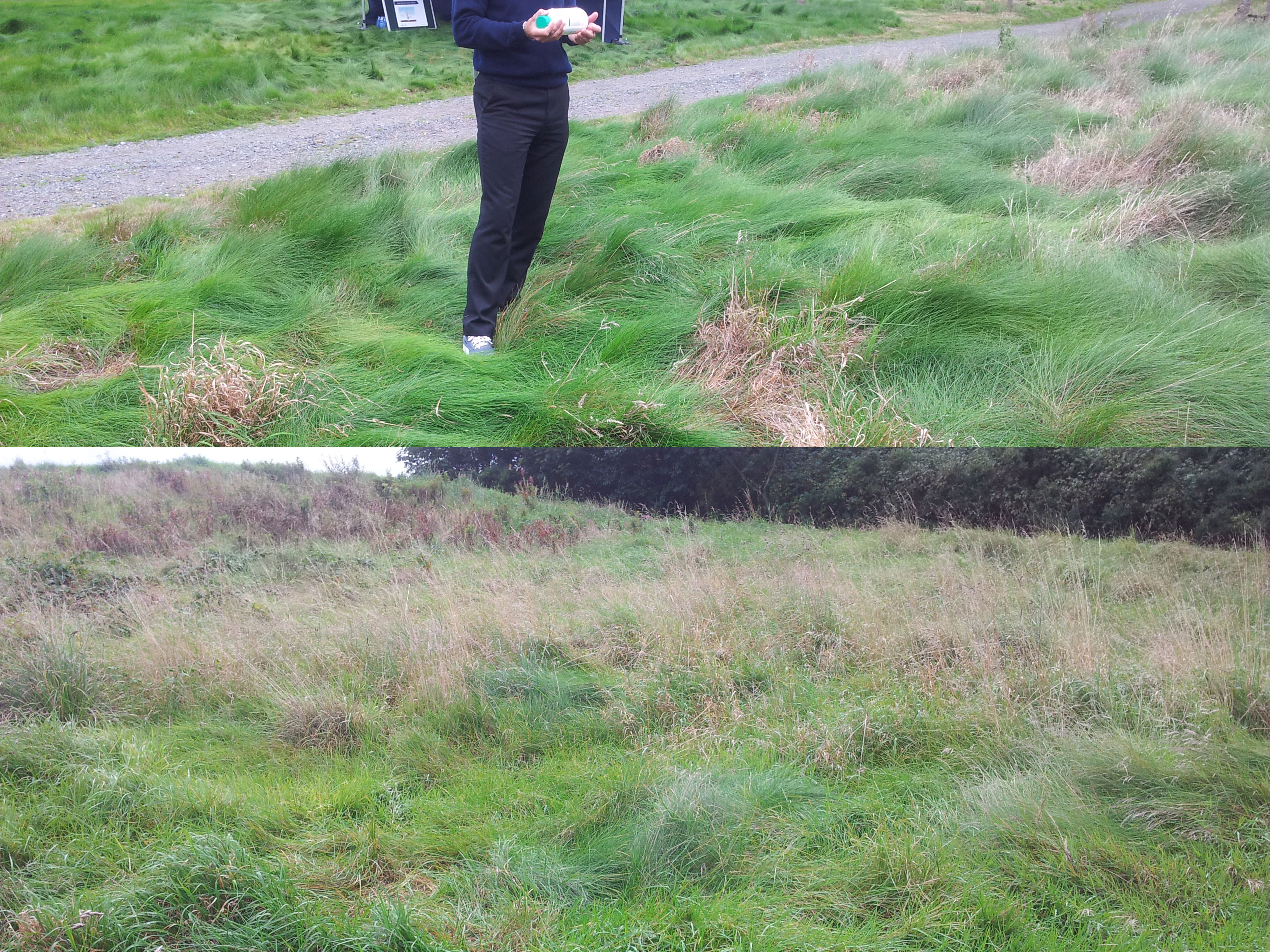 So we had the technology, next it was on to the science, third up was Everris (soon to be ICL Group, they have to get this across at every opportunity) with Andy Owen & Michael Fance. The first half of this station was delivered by Andy and was concerned with the latest Everris (who will be ICL next) research on seed germination and establishment to help with your renovation work. The second half was rough management with Rescue, this is a really impressive product and Michael was able to demonstrate how the graminicide Rescue (below) can be used to transform impenetrable coarse rough into thin and wispy turf in a matter of months.

Fourth station was Everris (ICL Group soon) Fairway nutrition plus Primo Maxx with Colman Warde. Colman had demonstrated the results of various fairway fertilizer programs combined with and without Primo Maxx. Colman demonstrated to us with visual ground samples, how the choice of the correct fairway fertilizer coupled with Primo Maxx can help improve presentation and playing standards of your fairways in a cost effective way.

After a nice interval were we were served lunch, we were on to the fifth station, Designing an effective autumn/winter disease control strategy with Syngenta's Marcela Munoz and Dr Edward Nangle. They gave a lot of good advice on how you design your own disease management plan based on your own particular location, grass species, soil type and budget. The underlying theme of the demonstration was prevention, to continuously treat to prevent disease instead of reactive treatment to the presence of disease.

Sixth station was Deeper thinking on water management with Syngenta's Rod Burke and Daniel Lightfoot. This station included a closest to the pin competition, I never stood a chance due to inappropriate footwear ahem. This station was demonstrating the importance of wetting agents, the product on show was Qualibra. By performing a live demonstration of the actual problem with soil when it becomes unable to absorb water and the science behind, the lads showed us how wetting agents like Qualibra can have an almost instant and lasting effect on the soil. 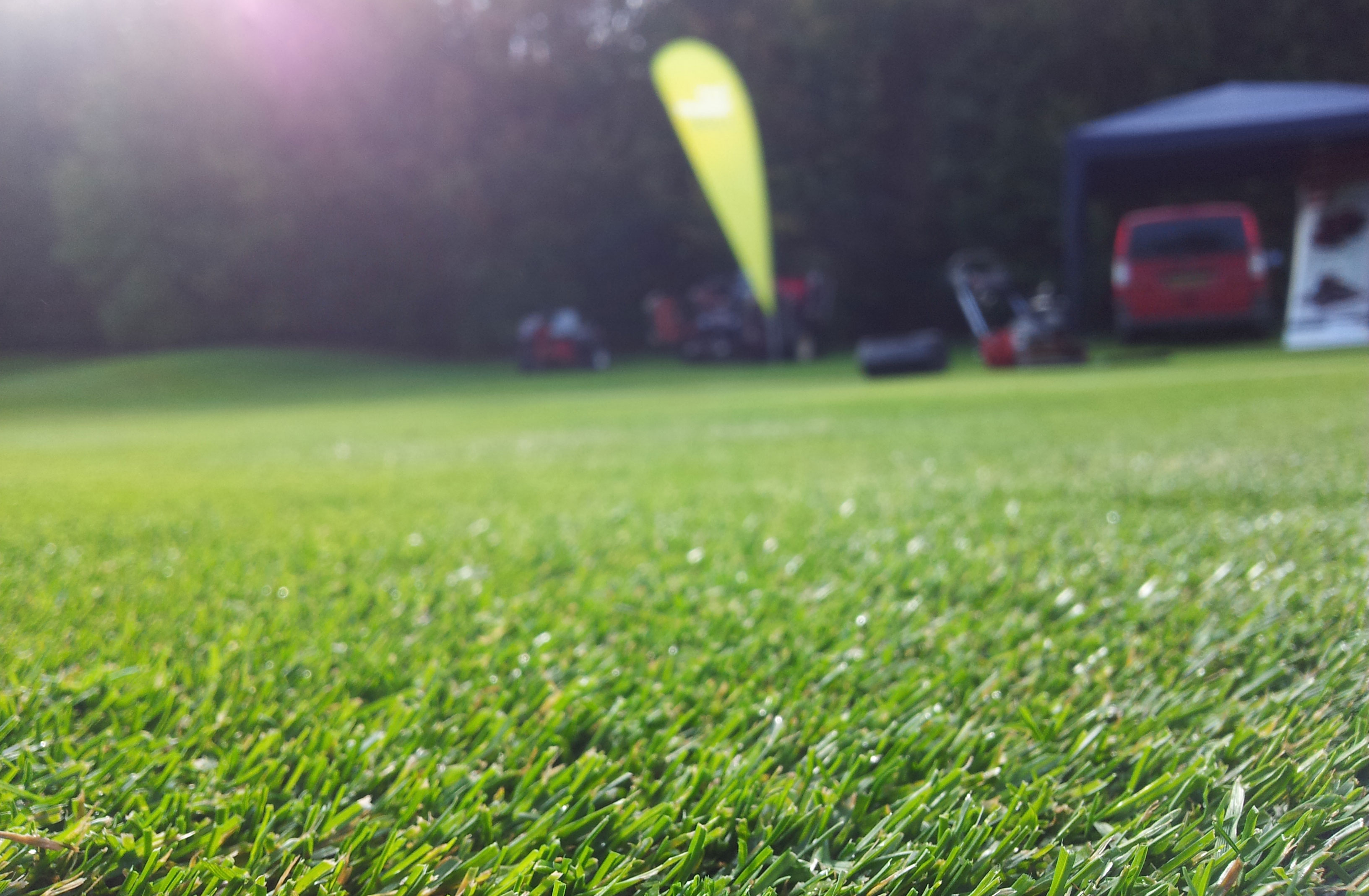 We wrapped up the demonstrations with improving your greens through data collection with Henry Bechelet. Henrys presentation was very enjoyable and interesting. He gave some great advice on monitoring greens performance and unveiled the new Everris (possibly the ICL App soon enough…) Date Management App. He demonstrated how by monitoring the data of your greens through the testing of firmness, speed and smoothness, either through the app or even just in a diary, how to really focus your greens maintenance strategy.

Day finished off with tea and coffee and the few words from the presenters, it was a nice way to polish a really good day of demonstrations in many aspects of turf management. There was also a prize for the nearest the pin, which again, I just couldn't get an adequate grip from my shoes, but all credit to the winner Dave Behan, who just happens to be the head greenkeeper at Naas Golf Club, its being looked into. The presenting companies really knocked it out of the park.

It would be great to have a Turf Science Live demo focused around pitch maintenance as the budgets and playing conditions are different. Turf Science Live is a great blueprint for possibly putting together a similar event for grounds men. There could be an oul puck fadda or a penalty shoot out coupled with who can mark the pitch the fastest!! It is also prevalent that most pitches outside of main stadia don't have basic standard to achieve. It was truly remarkable, knowledge present at the Turf Science Live and the way they delivered it, this is the way forward and more of the trade should get involved.