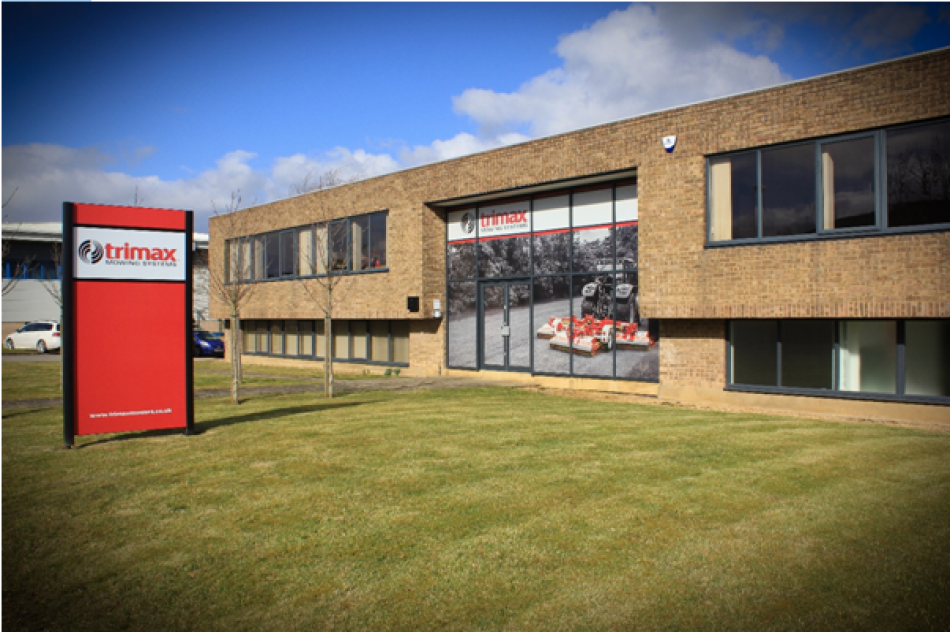 Trimax started as a kiwifruit production machinery manufacturer in the 1970's, but having grown, are now a market leading brand for fine turf rotary and flail cutting technology.

The striking red colour is now becoming an iconic feature in the groundscare market; with their machines being relied upon by professionals around the world.

The company, headquartered in New Zealand, has recently expanded its UK operation by purchasing a 16,279sqft facility in Northampton and taking on four new personnel. The rise can, in part, be attributed to the company's commitment to bringing new innovations to the groundscare industry. In 2014 we saw the launch of the Trimax Snake which took the market by storm and this year we've had the arrival of the highly anticipated Warlord S3 - a heavy duty flail mulcher mower.

Trimax's success has also spread into Europe with the acquisition of two new partnerships. The VGR Groep who are distributing the Trimax range throughout the Netherlands and Stavermann who are promoting Trimax in North Germany.

It seems their fantastic service culture and traditional family values are really driving the company to great success. It's only a matter of time before we see the next Trimax mowing innovation enter the market.