As the US Open starts, and the players play on the Chambers Bay course for the first time in history, we take a look at some of the World's toughest golf courses 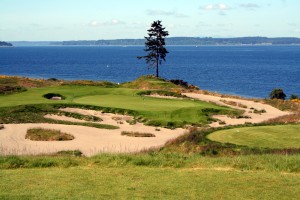 To view a gallery of these courses, click here.

For ten things you need to know about Chambers Bay before the US Open, click here.