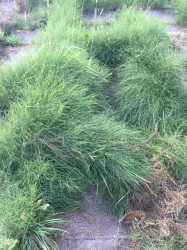 The latest trial results from Bayer show the most effective way to control the tough perennial weed Field Horsetail (Equisetum arvense) is with the herbicide Finale® 150.

The trials conducted between May and July this year, were driven by John Hall, Bayer commercial technical manager, for Europe and Japan, to test the efficacy of Finale® 150 in two different settings. "We compared an old railway line, with long established hardy horsetail plants, and an area behind some shops, on paving slabs heavily infested with the weed," says John.

The results were staggering and according to Dave Orchard, from the UK Bayer Turf Solutions team, the implications are vast. "The results showed what we hypothesised, but we were surprised with the speed and amount of control achieved by Finale® 150," says Dave. "As the product is a total herbicide with a hard surface recommendation on the label, we had high hopes, but these were exceeded. In all test sites, Finale® 150 was the only product to have immediate efficacy.

"Control was achieved rapidly with one application of Finale® 150, but there was some minimal regrowth. We found that the most extensive treatment was reached when the weeds were treated twice, so we recommend two applications 28 days apart," he says.

The active in the product, glufosinate-ammonium, is contact acting, and the trials underlined that this achieves more rapidly extensive control than any other product. 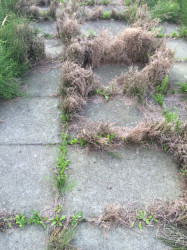 "The results were so impressive that we invited professionals to come and view the trial sites to see for themselves. The feedback we had was positive," says Dave.

Danny Hayward, director of JSD Research and Development Ltd, visited the trials and was encouraged by the work, as he knows the importance of research into this area.

"I was impressed by the level of control that Finale® 150 gave in the efficacy trials I witnessed at Consett in July, I'm excited about the prospect of using this product in 2016 as a part of the track weed control program," he says.

"The UK railways have fought an ongoing battle with Field Horsetail for many years. Encroachment of this weed from the bank side and cess (the space alongside the lines) on to the track can impede safety critical track inspection.

"Since the withdrawal of straight triclopyr last year, we've seen a marked increase in the numbers of areas which are becoming badly infested with the weed. It's important that we control this species on the railway line infrastructure," adds Danny.

Finale®150 can be purchased from the Pitchcare Shop