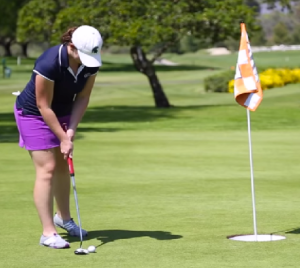 One of the most respected golf course consultants in the world has become the latest high profile figure to state that increasing the size of hole cups in golf would be hugely beneficial to the game.

Laurence Pithie, Europe's first 'Master Greenkeeper', who sits on Greenkeeping magazine's distinguished editorial advisory panel, has said increasing the size of the holes would attract more golfers and be better for the environment.

"Golf is not as popular as it once was and there needs to be a viable alternative," he said. "Making golf more fun, more affordable and taking up less time to play has to be the key objectives. A relatively simple option and one that has been mentioned in the past is to increase the size of the golf hole to around eight inches (200mm). This idea is not aimed at replacing the existing hole size on established full length courses, but it could be introduced on 'entry level' nine-hole or short-hole courses."

Pithie listed the benefits that would be gained from increasing the size of the hole - these include faster play, better scores and less fertiliser input on greens.

"By introducing a larger hole size, the following benefits would be gained:

The game would be less difficult
There would be less emphasis on putting and more on general play
You would be more likely to chip or putt-in from the edge of the green
More single putts
Less likely to three putt
Downhill putts would be less intimidating
Holing longer putts adds to the excitement
Golf would be more fun to play
Faster play - a saving of two to three minutes per green, per fourball which equals 18 to 27 minutes per nine holes
A three foot putt becomes a 'gimme'
Less putts will lead to fewer issues with greens' quality and performance
The height of cut can be increased to 6mm, which leads to more options of grass species
Less turf stress equals lower inputs and healthier turf
Reduced need for water, fertilisers and chemicals
Less risk of thatch, disease, dry patch, moss, algae, nematodes and so on
Reduced need in hole changing frequency
Lower requirement for cultural practices, therefore possible savings in some equipment
Lower level of maintenance equals lower costs
Lower fuel requirements due to lower mechanical inputs
Lower amounts of sand dressings required
The ability to develop grasses with lower input requirements."

Laurence Pithie also said that increasing the size of the hole would be in keeping with golf's links with tradition, as it used to be common for greens to incorporate 'giant holes'.