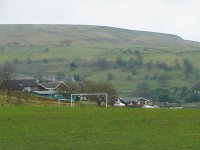 This year, Rossendale United Juniors FC will celebrate their 25th anniversary. They began life in 1988 as Waterfoot Juniors FC and were founded, like most junior clubs, by a group of enthusiasts led by Peter Marland. Peter became the club's first secretary and had the foresight to establish club officials and regular monthly meetings. It meant the club had solid foundations right from the very beginning.

As the teams began to thrive, more and more youngsters were attracted to the club. Thanks to connections with Bacup & Rawtenstall Grammar School and Rossendale Amateurs, they established a home on The Glen playing fields at Stacksteads, which use to be used by the school but, with a main road to cross - that highlighted health and safety concerns - plus a general decline in sports provision, fell in to disuse.

In 1994, they became one of the first clubs to embrace the idea of small-sided football, with the aim of improving the all-round technique of young players by giving them more touches of the ball in game play. 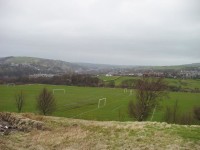 After gaining a reputation for the quality of their football and handling of youngsters, the club was approached by Unibond league side Rossendale United, at the start of the millennium, with a view to becoming the junior section of the club. Whilst it was a wrench to drop their much loved Waterfoot name, club officials at the time recognised the chance to take the club forward and, so, in 2000, the club became Rossendale United Juniors FC.

Whilst remaining a totally separate entity to that of the senior club, they enjoyed considerable support, both in terms of facilities and the involvement of senior club staff. Sadly, Rossendale United are no more, having suffered insurmountable financial difficulties.

In 2005, the club became the first in the Rossendale valley to achieve FA Charter Development Standard, working tirelessly to produce Level 1 and Level 2 standard coaches at every age group, and to satisfy strict FA standards regarding the welfare of children and the behaviour of players and parents alike. 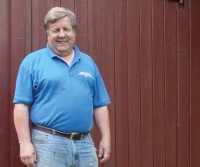 What drives the club forward is a desire to continue to improve so that even more young footballers in the valley will have the opportunity to enjoy the game. This is no more apparent than in their groundsman, the wonderfully named Chris Shufflebottom.

Talking to Chris is a delight. Not only does he possess a true Lancashire accent, akin to David 'Bumble' Lloyd - although he would tell this 'southerner' different, no doubt - his passion for the club immediately becomes clear. Here, Chris explains how he came to get the job,

"So, imagine this, a company shopfitter with no equipment and no shed, but with the thoughts that, when I played football, someone had to get the pitches ready, so why not give it a go and see what happens.

I have worked locally for a company, in their building maintenance and shopfitting department, for the past thirty years. The chief executive of the company was getting involved in running a local boy's football team. The pitches were in an atrocious condition, unsuitable for any sort of football game to take place. The chief executive found out that I was able to drive a tractor. This was twenty-four years ago! 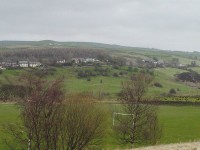 As our pitch at The Glen is in an elevated position of the valley, it means that, if it's not windy, then it's most probably raining. A few games a season are lost due to heavy snow, hard frost or again, most likely, both. Over the past few years, drainage has been installed around the perimeter of the pitches by the chairman of the club, Derek (Bert) Boyden, and myself. Any excavation work is carried out by contractors, otherwise any other pitch maintenance work is undertaken by myself, with Bert's assistance.

Also, any training courses about pitch maintenance, education, seminars and exhibitions (where work commitments allowed) were all financed and inspired by the then chief executive of the Sutton Group of Companies, Barry Lynch.

The Glen now accommodates two 7v7, two 9v9 and three 11v11 pitches. The ground still belongs to Bacup and Rawtenstall Grammar School but, when they stopped using it, the site became virtually derelict. In 1988, the then Waterfoot Junior Football Club were given permission to use the pitches at the weekends, providing we did our own pitch maintenance.

Of course, we had no equipment but, steadily, an old DP48 slitter, a roller and some chain harrows were acquired from various secondhand machinery outlets. Also, a very good friend to the club, Mr Roy Sagar, lent us his tractor and various other pieces of equipment to help with the restoration of the ground. 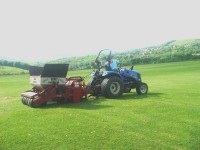 Now, the majority of our mowing work is done using our Ford 3910 tractor (which may be twenty years old but is still extremely tidy and working well) and our Trimax mower, plus ongoing maintenance with our Imants Earthquake, tipping trailer, Sisis Quadraplay and fertiliser spreader, which were all bought new with the aid of various grants.

Any other equipment being used has been bought secondhand from various auction sales or dealers. One, a Sisis Litamiser, was bought from Bartrams (who are based in Norwich) via the internet. The machine arrived as described by Bartrams and delivered exactly when they said it would be. A bargain deal from a company we would recommend.

Over time, the heavy clay soil pitches have been improved tremendously with the spreading of sand when and where limited funds have allowed.

The committee will spend as much as possible on equipment and materials, without spending all the funds we have and breaking the bank. 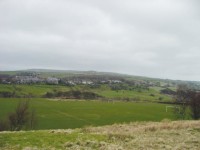 Due to the fact that our pitches are surrounded by farmland, during the foot and mouth outbreak a few years ago, no football was allowed to take place in the area for a number of weeks. To fill in the spare time, I put together a timber framed, steel clad equipment store, with the assistance of Bert, of course!

All the timber, metal cladding, roofing materials and concrete for the floor were kindly donated, with the only expense to the club being for door hinges and locks!

Although the club eventually decided to change its name to Rossendale United Juniors, the majority of the club's sponsors have stayed loyal and continue to support the sportsman's dinners, golf days, kit and equipment which are all vitally important to us.

Our end of season maintenance consists of selective mole ploughing, scarifying, Earthquaking and sand topdressing, taking as much time as required over a two to three week period.

During the season, we use the Quadraplay with the slitter, and a light roller and grooming brush on a weekly basis when weather conditions allow. Along with mowing, divoting, linemarking and general tidying up, Bert and I will each spend between fifteen and twenty hours a week at the ground - facing all weathers!

The pitches are now used at the weekend by our own sixteen teams, and midweek by the grammar school for inter-school football matches and also for touch rugby training and other specialist lessons which require natural turf.

There is a hillside adjoining our pitches which was planted with trees by students of the upper school around five years ago. These are now growing nicely, along with a hedge which was planted at the rear of our equipment store. The maturing trees are now providing a good home for nesting birds and shelter for the occasional deer that may be seen around these parts.

The outskirts of our pitches are great for providing a route for local athletes and sports enthusiasts, mountain bikers and dog walkers - it's just a shame about the dog mess and plastic drinks bottles that get left around though.

Recently, there has been a lot of local publicity regarding an old church which is starting to fall into disrepair. Alongside this property, there is a nice size plot of land of approximately two acres which was once a cricket pitch.

It had become very overgrown and riddled with debris and litter and, whilst the local residents tried to get it sorted via various 'village green' grants, they were unsuccessful. So, enter the same shopfitter of twenty-four years ago and, of course, Bert who is now nearly an OAP, and Rossendale United Juniors will soon have somewhere to coach its younger age groups during the summer months.

The advantage is that, being lower down the valley, the weather is less extreme. It's a win win situation for us and the residents, but I do have this sense of deja vu!

At present, and for at least the rest of this year, the project at the Old Church will take up any spare time."

In November 2011, Chris suffered a heart attack which, in his words, "laid me low for a few months, but I'm now feeling much better, and back shopfitting on a part time basis only, giving me more time to be spent at The Glen."

That is typical of the man. When many might take a step back to reflect, Chris's concern is for the juniors of the Rossendale Valley.