by Mike Atherton
in Editorial and Conservation &amp; Ecology
on 11 Apr 2015

Phosphorus - what is it, what is its significance to us? To get straight to the point, phosphorus is required to sustain all terrestrial life forms - as a global population, we are, in effect, addicted to phosphate.

In the first of a series, Mike Atherton, Head Groundsman at King William's College, Isle of Man, looks at the importance of the product

Is that the total significance of a mineral of which its parent rock (Apatite) will be mined to the tune of a projected 256 million tonnes (Mt) in 2015? There is more to it, much more. Allow me to expand on the roles of phosphorus in plant matter:

- Involved in all plant metabolic processes
- Required for energy (ADP & ATP) storage and transfer
- Critical for metabolic activities, such as protein, phospholipid, nucleic acid and lipid synthesis
- Required for Phosphorylation
- Is a structural constituent of phospholipids, phosphoproteins, nucleic acids, sugar phosphates, nucleotides and coenzymes
- Required for photosynthesis
- Serves the role of a bridge molecule between DNA and RNA, whereby it aids in the storage and transfer of genetic information

So, working on the basis of the above facts, it would seem that phosphorus is a critical element for plant growth - to maintain adequate growth, a sufficient level of plant available phosphorus is required 'year round'. 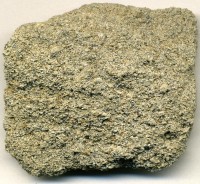 Symptoms of phosphorus deficiency are relatively easy to identify 'in the field'. Visual signs of deficiency initially manifest as an uncharacteristic darkening of the sward, particularly on older leaves, and in the absence of any other factor which could induce 'darkening' of the turf, such as applications of Iron or Nitrogen.

As the level of deficiency progresses, the accumulation of anthocyanin within the older leaves of the plant induces reddening of the leaf tips. At this point, a reduction in leaf growth should be noted; however, the plant can still produce starch, therefore root growth is still possible in all but the most severe cases of phosphorus deficiency.

In respect of the forms of phosphorus that we apply, there are, in effect, two forms added to soils and/or plants for the purposes of increasing plant biomass:

Organic: Historically, phosphorus application for crop production was limited to manure, bone ash and human excreta - evidence exists of human excreta use as far back as the Inca colonies. It is also noted that the Chinese used human excreta as a means of fertilisation during the early stages of Chinese civilisation - this pattern was followed in Japan from the 12th century.

During the 17th and 18th centuries, soil degradation, and resulting famines ensued in Europe and, during this time, England commenced importation of bones from several countries to supplement the use of animal and human excreta. During the mid 19th century, the focus of phosphorus sourcing shifted to mining bat and bird guano, of which large deposits had been located on islands off the Peruvian coast and, latterly, on the islands of the South Pacific. More recently, the focus has shifted back to the use of animal excreta, and recycled plant matter - the forms are common in today's 'organic' fertiliser blends.

Mineral: Elemental phosphorus was discovered by the German alchemist Hennig Brand in 1669. Brand's process required 1100 litres of human urine to yield 60 grams of elemental phosphorus; however, it took until the 1840s for the process of producing Superphosphate to be patented by John Bennett Lawes, at Rothamsted Manor (now known as Rothamsted Research Station).

By the late 19th century, production of Superphosphate in Britain reached upwards of 15,000 tonnes.

Today's production of elemental phosphorus is borne from mining phosphate rock (Apatite). Phosphate rock itself is relatively inefficient as a fertiliser source (5-17% plant availability); therefore, it must undergo treatment to convert it to a more plant available source, typically using one of two processes:

Further processing can take place by mixing phosphoric acid with anhydrous ammonia to create monoammonium phosphate (MAP) or diamonnium phosphate (DAP). The aforementioned forms of phosphate are what make up the inorganic phosphorus component in most commercially available agricultural and horticultural fertiliser blends.

Dry Process: The dry process involves up to four stages of thermal treatment in electric furnaces:

There are a number of commonly cited drawbacks with the dry process, such as the high set up cost of the plant, the high level of energy consumption, the low reactivity of the end product and the adverse affects on gypsum filtration. Conversely, there are a number of benefits to this process, which include very high purity ratings, thereby conferring significant reductions in transportation costs and the reduction in sulphuric acid requirement for production. As the end product is of a very high quality, the product is in high demand and is, therefore, priced accordingly.

To bring a little perspective to the size of the global phosphorus industry, I point to the following figures:

The above figures demonstrate that the global phosphorus industry is one of significant magnitude, and understandably so given the reliance on this element to sustain all life on the planet.

The global phosphorus industry is geographically segmented due to the distribution of phosphate rock, which is produced in some forty countries, though twelve of those countries account for 92% of the global production. It is notable that there are no economically extractable reserves in Europe and, as such, Europe is solely reliant on importation of phosphorus for fertiliser production. The geographic distribution of the global phosphorus reserves is depicted in the map above.

In terms of production, China is by far the world's largest producer of phosphate rock, followed by the USA, Morocco and Russia respectively - these four countries are responsible for over 75% of the current global production. China has imposed a sizeable export tariff on exports of phosphate rock in recent years, with a view to securing long term productivity. 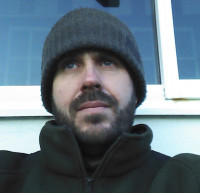 In the USA, phosphate rock production exceeds domestic demand, therefore, much of the product is reserved for international export, with Brazil, Australia, Korea, Japan and India being the foremost importers of US produced product.

So, given the above facts, it would seem that phosphorus is not only an essential element for plant growth, but it is of significant commercial value. The question would, therefore, have to be; why have I chosen to bring the topic of phosphorus to the fore?

Well, as much as I am reliant on phosphorus with the very nature of my daily work, I have no qualms in voicing a number of concerns regarding the mining of rock phosphate, and the subsequent production of many inorganic phosphorus products. As I delve further into this subject in the next in this series of articles, I will attempt to elucidate my concerns to you.