by External source
in Conservation &amp; Ecology
on 30 Mar 2015 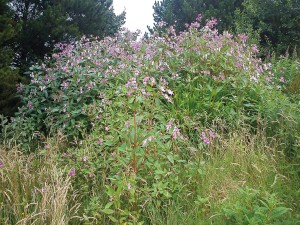 Non-native plant species do not pose a risk to native flora, as widely assumed, because impacts are limited to localised areas, a study has suggested.

Data showed that non-native species were unlikely to out-compete native species, which were not widespread enough to have an impact nationally.

However, the study adds that invasive species are problematic in local areas, costing an estimated £1.7bn each year.

The findings appear in the Proceedings of the National Academy of Sciences.

The team from the University of York looked at data from almost 500 plots across the UK, comparing results from 1990 with those from 2007. The dataset, the Countryside Survey, is described as a "unique study or audit of the natural resources of the UK's countryside" and has been collecting data since 1978.

Co-author Chris Thomas from the University of York said the study assessed the impact of non-native species on a national scale, not the impact recorded in localised areas.

"If you look at just one place, there are only going to be certain plants growing there," he explained.

"If there is a bunch of non-native or recently introduced species growing there then, inevitably, in that exact location you might not see quite as much of what you would regard as native species.

"Locally, it is clearly true that if a non-native species becomes extremely abundant then you'd think that native species were suffering but what we are arguing is that non-native plants are no different from the native ones because, over a period of time, native plants change their abundance as well."

Prof Thomas added: "For examples, brambles might become abundant or a change in uplands management could result in bracken becoming more widespread."

In fact, when examined from a broader perspective, the study's findings show a tipping of the scale towards native species.

In particular, he highlighted two of the study's main findings: "The first is that almost all non-native plant species are pretty rare and localised.
"The vast majority of non-native species were not even common enough to be found in a single one of the sample plots. So most of the vegetation is not composed of non-native species, which means that most vegetation change has got nothing to do with non-native species.
"The second key finding is that if we look at the increases and decreases over time of particular species - both in terms of their abundance and at how many sites they occur - there was no consistent difference between species, regardless of when they arrived in Britain.

"Rather than getting a picture of all the new species increasing and all the native species decreasing, which is the way that the story seems to get portrayed sometimes, we see that the date a plant species arrives in Britain doesn't predict whether it will be increasing or decreasing."

The Non-Native Species Secretariat is responsible for helping to co-ordinate the strategy to tackle and control the impact of non-native species across the UK, reporting to the relevant governments and agencies.

Its definition of non-native species refers to an organism introduced to the UK "outside of its natural past or present distribution".
A report published in December 2010 concluded that invasive non-native species, such as Japanese knotweed, cost the British economy an estimated £1.7bn each year.

Responding to the team's findings, a Defra spokesperson told BBC News: "Whilst we recognise that the vast majority of them do not cause any problems, some non-native plant species take over 100 years to have a negative impact. 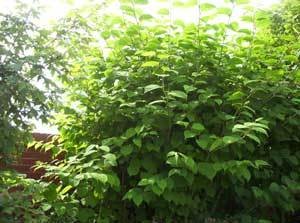 "Invasive non-native species pose a serious threat to our environment and economy, for example, Himalayan balsam is threatening the native Tansy beetle with extinction in the UK while Japanese knotweed costs the British economy £166m a year."

Prof Thomas commented: "We are not saying that some non-native plants are not a nuisance to us as humans. There are native species that are problematic, such as nettles in gardens or ragwort in meadows, but it does not mean that any of these species are inexorably driving the rest of British biodiversity extinct."

"Where there were places that were good for plant diversity, it was good for both native and non-native species."

Prof Thomas and his colleague Dr Georgina Palmer said that almost 40% of the organisms listed as invasive in Britain were plants, yet invasive plants had "rarely been linked to the national or global extinction of native plant species".

In summary, Prof Thomas said, the generally negative view of non-natives could do with some adjustment.

This is a BBC article, to view the original, click here.