by Manda Sansom
in Industry News, Parks & Gardens, and Chemicals & Fertilisers
on 24 Aug 2015 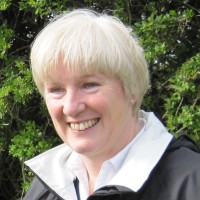 It is important to understand how weed control works can help to get the best out of herbicides and increase efficiency, explains Manda Sansom, Monsanto's Technical Manager

Glyphosate is one of the most effective and widely used herbicides in the amenity industry, but a deeper understanding of weed growth and herbicide mode of action can help operators get the best out of this important product.

Increasing pressure on groundcare regimes and unpredictable weather conditions can mean that herbicides are applied at the wrong time or in a less than efficient way, compromising effectiveness and the success of the weed control programme.

Glyphosate is a systemic, foliar acting herbicide which works by blocking the biochemical pathway responsible for protein synthesis in plants - the Shikimic Acid Pathway.

Before it can act, the glyphosate must first be taken into the plant and then moved in the sap/phloem to the growing points in roots and shoots where the protein production takes place. Death by starvation will follow.

There is no residual action in the soil and no root uptake, which makes it especially suitable for use in environmentally sensitive areas.

Apart from specialist recommendations for direct introduction by stem injection or stump treatment, by far the majority of successful weed control with glyphosate is reliant upon uptake through healthy foliage. 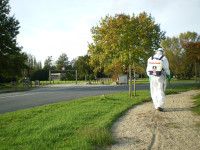 Why weed control can fail

Many factors will impact on the efficiency of weed control; from the quality of the glyphosate formulation to the application equipment, and from prevailing weather conditions to the growth of the target weed. The maximum kill effect can only occur when a fatal dose of glyphosate actually reaches the growing points. Following the product label recommendations is a must for best results.

Disappointing results usually arise for two main reasons. Either not enough herbicide reaches the target leaf during application, or not enough glyphosate is translocated from the leaf to the growing points.

A third reason sometimes suggested is that a weed has developed resistance to glyphosate. Although this is theoretically possible, it is the least likely reason and has not been confirmed in any weeds in the UK at this time.

One of the commonest ways of selecting for the development of tolerance or resistance in any weed is to repeatedly spray the same active ingredient at a sub-lethal dose. Thus spraying weeds with glyphosate at the optimum time and rate is also an essential part of any anti-resistance strategy.

In any plant, the natural flow of sugars from photosynthesis in the leaves changes during its life cycle and, because glyphosate moves in the phloem along with the sugars, the movement of glyphosate inside the plant will vary according to growth stage.

Treatment as the stem is extending rapidly to produce flowers - often in early spring - will mean most glyphosate goes to the growing points in the developing stems, leading to a rapid dieback of the stem but little movement downwards and subsequent re-growth from the base.

This can be seen most obviously in the invasive alien Japanese Knotweed, but it is often a factor in the control of Rose Bay Willowherb, Common Ragwort, Creeping Thistle, Common Nettle, Brambles, Bracken, Canadian Fleabane, Common Couch and Ryegrasses

Once the flowers are formed, the next physiological stage for perennials is to move sugars back down to the roots for storage. Spraying at or just after flowering will give excellent translocation down to the roots and a much higher level of long-term kill.

Often, weeds are sprayed too early due to worries about seed proliferation once the plant starts to flower. Good examples are Common Ragwort, Giant Hogweed and all species of thistles. However, it takes several weeks after flowering before seeds are mature and application of glyphosate before maturity will still render the seeds non-viable. 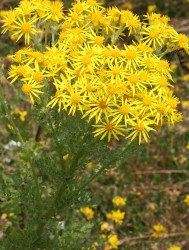 Weed programmes involving early spring treatments will give good suppression of perennials, but will require another treatment later in the season for complete control.

Certain species are less susceptible to glyphosate, such as wild white clover, horsetail and ivy. This may be caused by a physical barrier - thick waxy cuticles, hairy surfaces - or by a growth habit which provides a poor target, such as small leaves.

Species also vary in the speed they react to glyphosate. Most notable is the slower symptoms evidenced on broad-leaved plants when compared to grasses.

A plant is only defined as resistant to glyphosate when dose rates, which used to give good control, no longer work and this characteristic is heritable.

This is exceptionally rare and, although there is documented resistance in eight plant species (15 biotypes) across the world, there are none recorded in UK.

However, we must not be complacent and users need to be aware of the risk, especially if they continually use glyphosate and no other active method of weed control - for example, on railways, perennial plantings and plant-free areas. The chances of resistance developing are higher if use is in sub-optimum circumstances.

Resistance is not the same as tolerance, where some species are not controlled by leaf uptake of label doses, usually due to poor uptake through waxy cuticle. But, unlike resistant plants, these species can be controlled if glyphosate is directly applied by methods such as stump treatment, chemical thinning or stem injection.

Glyphosate only controls weeds present at the time of application, and has no effect on seedlings which emerge after treatment.

Operators should ensure that weeds are green and growing to ensure uptake and translocation. Annual weeds should have at least one pair of true leaves and grasses 5cm growth before spraying begins.

Reduced metabolism leads to reduction in transport to the growing points and will give poor results.

Stress can be from extremes of temperature, seasonal die-back, waterlogging, drought or systemic disease like viruses.

In areas in close proximity to traffic, plants lay down thicker waxy cuticles to reduce moisture loss during prolonged dry spells, while debris and dust builds up on the leaf surface, physically preventing efficient uptake.

Foliar disease, such as leaf spotting, mildew and rusts, and pest infestation like aphids also reduce the effective target area of leaf. 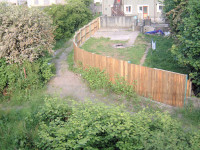 Moderate temperatures (15-25OC) favour efficacy. Low temperatures or light frost give a slow, but good kill. Spraying can continue in November/December as long as the frost will lift during the day, but symptoms may take four weeks to show in winter.

Hard/long-term frosts, when the plants go floppy and the metabolism shuts down, will lead to poor uptake and poor performance.

High temperatures can also cause stress in the target plants, shutting down the stomata, leading to poor uptake.

Avoid spraying in the hottest part of day during a heatwave. High temperatures, combined with low water volumes, can mean droplets evaporate very quickly, resulting in scorch and poor translocation within the plant.

High humidity or light drizzle leads to good control, as long as run-off is minimal. It is acceptable to spray in the morning on dew or in fog, so long as it dries out in the day. Avoid spraying in the evenings where there is a high risk of run-off from night rainfall.

Rain before spraying, leaving wet leaves, is not a problem, but rain after spraying, before uptake, can lead to very poor results (40-60% of control without rain). Most other glyphosate formulations require 6-24 hours of dry weather after spraying but, for Roundup ProBio and Roundup ProVantage, Monsanto support one hour on annual grasses and couch and four hours for all broad leaved weeds.

The type of rain which occurs soon after spraying may also make a difference: up to 2mm in a short shower or light drizzle will have only a minimum effect and will not require a re-spray. However, 4-8mm of frontal rain or a thunderstorm will cause wash-off and would require re-spraying.

Best results come from morning applications due to the long light period, before darkness stops the movement around the plant.

The quickest results are seen in high light intensity, long days which maximise the movement throughout the plant.

Slowest results are from evening or night application and run-off can still occur from rainfall overnight if the glyphosate was not taken up before dark.

Do not bury or cover weeds for at least five days after treatment as this will cut out light and stop translocation of glyphosate to the growing points, especially in perennials, and will lead to poor control.

Spray when the wind speed is Force1-3, (1.2-6mph) and wind direction is away from susceptible vegetation. Glyphosate is non-volatile and will not lift from target areas in high temperatures, but avoid temperature inversions where cool air is trapped under warm air. Droplets can behave in unpredictable ways and move away from the target area. 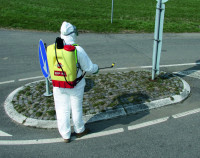 Hydraulic sprayers can be used at 80-250 l/ha; lower volumes usually give best results. Run-off occurs at around 400l/ha. Take care when mixing with residuals where high water volumes are recommended.

The volume range for standard CDA sprayers is 7.5-40l/ha in carrier oils or water. They can also be used neat through shrouded ULV sprayers like the Mankar.

Low water volumes give good results, providing the correct nozzles are used, but rates should not be cut. High temperatures and low volumes together can cause problems and there is less margin for operator error in low volumes. Correct calibration is vital for swath width and boom height as well as walking speed. Halving boom height doubles the application rate. 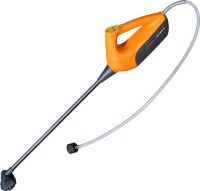 All equipment should be properly serviced and calibrated to ensure efficient application.

Make sure the correct dose rate is chosen for the most difficult to kill target weed. If all other factors are optimal, lower dose rates may work, but sub-optimum dose rates will give less reliable results, especially if other conditions are also less than perfect.

In many areas of central and eastern England, mains water is 'hard' and contains high levels of dissolved calcium, magnesium ions.

Glyphosate can be locked up (chelated) by these ions, reducing the actual dose rate. The effects are most obvious where low rates and high water volumes are used

Knowledge of the ideal conditions can help maximise satisfaction by ensuring spraying takes place only when as many factors as possible are conducive to best results, and can prevent wasteful applications when conditions don't favour a satisfactory kill.