Major winner calls for a sensible approach to providing pace 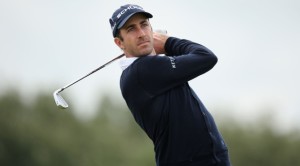 In his regular column for the Golf Australia magazine Geoff Ogilvy, winner of the 2006 US Open, argues the case for firmer and slower greens. He does, however, contextualise this by saying that greens should not be too slow.

He supports his case by outlining some significant benefits from producing firmer and slower surfaces:

The R&A has long been an advocate for firmer greens, though the level of firmness needs to reflect the design and location of the green. The Sports Turf Research Institute (STRI) has recognised this requirement by producing target ranges for both links and parkland courses. For firmness, the STRI recommended ranges are 100-150 Gravities for links and 85-110 for parkland, when using a Clegg Impact Hammer to test this parameter. At these levels of firmness, golfers should be able to stop a ball on a green if they strike it reasonably well. However, they may have to land it short on the firmest of links courses and run the ball up onto the putting surface, but that is an integral part of playing links golf.

There is some evidence that very fast greens can slow down play, as golfers take more time over putts, particularly shorter ones, and often take more putts as well! In an age where pace of play and the length of a round of golf are both considered important parts of the participation debate, something as simple as slowing greens down a little could make a positive contribution. Such a step may also give golfers greater enjoyment as they play, resulting in them choosing to play more often.