Europe's 2020 goal of reversing biodiversity loss is 'pure fiction', but there is still time to save what's left, writes Pavel Poc 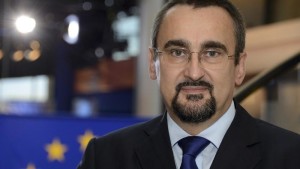 In 2010 - ironically, the international year of biodiversity - the EU failed to reach its target for that year on the reduction of biodiversity loss. Of course, ambitious new plans were immediately set up to replace the previous goal, with the hope the past mistakes had been learned from.

Now, halfway to the 2020 end date for these new targets on halting biodiversity loss and the degradation of ecosystem services, there remain serious challenges. And it would appear that this new strategy will meet the same fate as the 2010 goals.

As the European environment agency - in its 2015 report on the state of the environment - indicates, the EU is unlikely to meet its main 2020 biodiversity objectives.

Consistent loss of habitat, widespread pollution, over-exploitation of resources and the growing impact of invasive alien species and climate change contribute to this disaster.

Nevertheless, on a more positive note, it is important to acknowledge that thanks to current EU biodiversity policies, the protection of certain species and habitats has seen some progress, and consequently pressures on biodiversity have been somewhat reduced:

In any case, implementation of the legal framework in the member states, proper financing and appropriate management of the protected areas remain a serious challenge and without major changes, 2020 will mark yet another year of biodiversity failure.

Even the best laws, when ignored, have no impact on reality, but with the conditions outlined above in place, the existing legislative framework has shown itself capable ofâ€‹ halting the decline of protected habitats and species.