After an intense training from May onwards to the day finally came for the England over 35's and 45's to set off to Heathrow for our flight to South Africa.

After a good night's sleep the options we had on the only day of leisure was a safari, Golf or a day around the pool and shopping for loved ones who could not come. 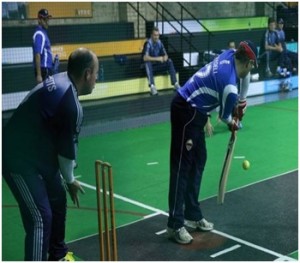 The day of rest came and went too quickly and then it was down to business a 6.30 wakeup call and breakfast was then met with a 3 hour training session and the World Series venue then off for an hour drive for an evening warm up game Vs. Mayersdal Scorpions unfortunately due to a slight hamstring problem I had to miss this game.

Following day yet another training session in the morning followed by 2 warm up games vs. Springs Panthers, after a morning off with the physio I was passed fit for two games that night.

The 3 warm up games where an eye opener on how the indoor game and arenas are run we played hard and made loads of new friends in the process who all wished us well for the tournament. 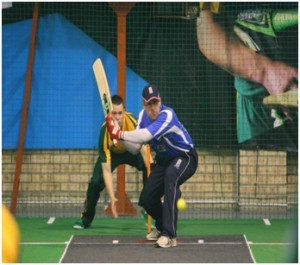 arly night as a 6.30 wakeup call was on the cards for 8am first game Vs. Sri Lanka after what I can say was one of the best moments of my life singing the national anthem and representing my country at cricket.

The game was lost 85 - 75 with a fighting performance for all who played, one highlight from the game were that I was given the Player of the match in my first international game.

Game two on opening day was Vs. Singapore which we lost 125 - 112. Not an opening day that we were hoping for but all players still in good spirits as a long week of cricket ahead.


Results from the remaining week: 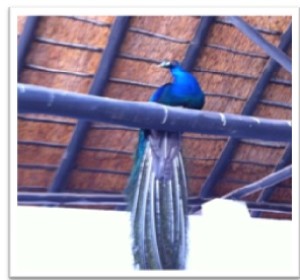 After all group games had been played we ended up 4th in the group out of 6 which was where we had really said we wanted to be at this stage of the tournament, the draw had drawn us against the South Africa Invitational side in the ¼ final stage and if we beat them it was a semi-final vs. Australia if not then a playoff game vs. Singapore or Sri Lanka to take us to the Bronze Medal Final. Day 6: South Africa Invitational 111- England 47, Singapore 112 - 90. 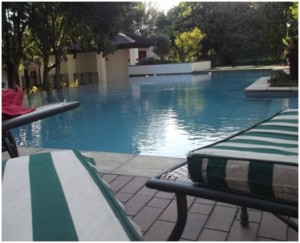 So after a long week we ended up in the plate final against Sri Lanka for a chance to be the first England indoor side to actually come away with some silverware.

Result Sri Lanka 64 - England 60 we played really hard and some decision did not go our way and it came down to the last two balls of our tournament.

In conclusion of the tour in a whole we set out as a team to not embarrasses ourselves and to play hard but fair cricket, we were taught an indoor cricketing lesson by the Australians and the champions of the World Series South Africa, We had compliments from the South Africa Invitational, South African and Australian coaches saying that we were the best England side they have seen over the years.

The Sri Lankan team were a great team to play against and be with off the court after a shirt swap a photo was in order for both teams.

My memories of this t

our are plenty the manner in which all teams from all age groups mixed with each other and laughed on and off the court and even the late night cool down session in the pool was very interesting.

Having being player of the match Vs. Sri Lanka in my first ever international, taking a Hat-Track of wickets Vs. South Africa, being player of the series for the England team and singing barmy army songs while supporting the over 45's Vs. Australia was brilliant. 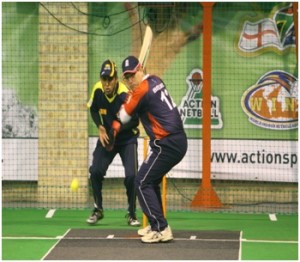 The next world masters world cup will be in 2016 either in Sri Lanka or England which if still fit enough I will be hoping to be in that squad. I have also found out just this week I been pick for the Men's elite training squad to train for the Men's Open England squad to compete in the main world cup which is in Wellington, New Zealand next October which is an honour.

I would like to thank the Old Colstonians Society, Colston's Parents Society, The Merchant Venturers, All Pupils of Colston School, Chew Magna CC, Seaton, CC, Gloucestershire Groundsman's Association and especially Mr Peter Fraser Headmaster of Colston School for all there help and donation which provided me with this opportunity to go to south Africa with this I would not have been able to play cricket for my country.

Thank you all once again.
Nick Beedell