by Myerscough College
in Training & Education
on 09 Jul 2015

0 Blazing a trail for Apprenticeships 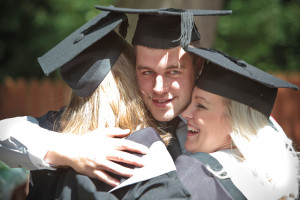 As spring turns towards summer, we approach the end of another college academic year and more young people head off, often into their first jobs in the industry or onto higher education.

Speaking at the event on July 8th will be Lee Jackson, Head Groundsman at Manchester City Football Club, who will also be receiving a College Fellowship on the evening. Apprenticeship graduation ceremonies are taking place across England to celebrate the achievement of Higher and Advanced Apprentices to raise the profile of Apprenticeships, in a bid to put them on an equal footing with a university route to success.

The Lancashire event is being delivered by a consortium after government funding was recently awarded to Myerscough College, one of 19 successful Apprenticeship providers in the country to successfully bid for a grant to plan and host a ceremony. The plans are now well under way to make it a night to remember! Please contact us if you would like to attend or get involved with the event in some way.

Andrea Gardner, Enterprise Manager at Myerscough College said: "We are delighted to be hosting this event, which will celebrate the enormous success and achievement of Apprentices from across the country. Every single person who has completed an Apprenticeship can be proud of what they have achieved. It is important that success is rewarded to encourage others to aspire to greater things, and that is what this ceremony will do. This event will also help to raise the profile of Apprenticeships and highlight how undertaking an Apprenticeship can lead to a successful future." 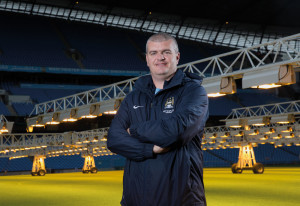 Myerscough College deliver Apprenticeships and other workbased training to around 1500 Apprentices working for around 1000 different employers across the country in a wide variety of landbased subjects. These range from small businesses up to global brands such as Manchester City FC who train and up skill their staff using the College.

Nick Wilson, Regional Director, Skills Funding Agency said: "Apprenticeships are thriving in Lancashire and it's easy to see why. Nearly every employer that takes on an Apprentice (96%) reports benefits to their business and this is testimony to the important role they have to play in the country's economic recovery. And after finishing, most Apprentices (86%) will stay in employment, with two thirds (67%) staying with the same employer. These ceremonies highlight the quality and range of Advanced and Higher apprentices. Higher Apprenticeships are available at a range of levels, from the equivalent of a foundation degree to a bachelor's degree and even master's degree level in some sectors. More of these specialised and highly-skilled Apprenticeships are being offered each year, giving individuals the chance to continue their professional development and fully realise their potential."

The graduation ceremonies project is being rolled out nationally following two pilot ceremonies and four trailblazers over the last two years. Some £400,000 of Government funding has been awarded to the project in total. The graduation ceremony grants have been managed by the Association of Colleges and Association of Employment and Learning Providers, through the Skills Funding Agency. Grant amounts account for around 60% of total event costs, with the remainder made up of sponsorship and local area funding.

Following the event, next on the horizon for us is the implementation of "Trailblazer" standards to our Apprenticeship schemes. Government reform of Apprenticeship standards has seen the strong engagement of employers and industry bodies to ensure robust Apprenticeship programmes are meeting sector and employer needs. New standards will be clearly aligned to occupational job roles, with the independent end assessment of the skills, knowledge and behaviours ensuring apprentices attain the required industry standard and possess the job ready skills and competences required by sector employers.

At Myerscough College, we have always worked closely with employers and industry to deliver cutting edge provision to the latest industry standards. Consultation with employers, through our regular training advisory board meetings, has meant provision is always evolving and adapting to the fast changing needs of industry. We welcome the Trailblazer approach and will remain actively involved in the development of Standards across all our Apprenticeship provision.

As more information becomes available, we support all sector bodies in ensuring this is communicated effectively to employers within the sector. 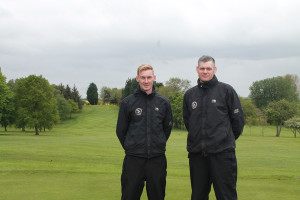 In this issue, we meet two Apprentices at polar ends of the learning journey. Firstly, we meet Billy Hayes, aged 27 from Burbage in Leicestershire. Billy works at Lutterworth Golf Club under the direction of Head Greenkeeper, Jon Barr.

Billy has been at the club since he left school and initially completed a Level 2 programme. Then in 2013, with the support of the club, and in particular Jon, he embarked upon the Level 3 programme under the direction of Myerscough College Tutor, Martyn Lumb.

Recently, Billy spoke of the highlights of the Apprenticeship and what made him choose to undertake one, saying; "It all started for me with my school work experience. I spent a short time at a small 9-hole course, assisting a family member and immediately knew that Greenkeeping was for me. It's safe to say that I never embraced the academic approach and practical career working outdoors was something I wanted to pursue."

"I was fortunate, during my last year at school, to come across an Apprenticeship placment at Lutterworth Golf Club."
"Within two years, I had achieved the Level 2 programme and then progressed into a permanent position within the club. The initial period of the Apprenticeship was more than just training to be a Greenkeeper, it taught me things like time keeping, team working, respect for colleagues and the importance of having a strong work ethic. It was definitely a rollercoaster to start, but I soon became settled into the role."

"Then 10 years later I decided to re-enter the world of education and complete the Level 3 programme. I was unsure to start and never thought I would be able to achieve a Level 3 (A Level standard) qualification, and I know that my school teachers would echo this sentiment. I am now approaching the end of the programme and will complete around the end of June 2015. The Level 3 programme has built on many of the foundations of the Level 2. I have undertaken project management responsibilities, been responsible for planning and budgeting before implementing changes, and in addition taken my technical skills and turf knowledge to the next level. It was challenging at first, but looking back I am so glad I made the decision and I would recommend the Apprenticeship programme to other young Greenkeepers looking to develop and further enhance their career prospects. Soon we will be training another Apprentice here at Lutterworth Golf Club and I am looking forward to being actively involved in mentoring them as they progress through the course."

Recently, Billy has also been nominated by Myerscough College Sportsturf Tutor Martyn Lumb for a National Apprenticeship Award. The Awards seek to recognise the achievements of Apprentices nationally and Billy is one of many nominations to be considered by the awards panels up and down the country.

Martyn spoke of Billy's commitment to the Apprenticeship programme saying; "It's rare to come across an Apprentice with Billy's level of enthusiasm for learning. Even when convalescing and off work, Billy continued to progress with his programme, carrying out research and knowledge work. He has produced both written work and practical evidence to an exemplary standard. He is a shining example of what Apprenticeships can achieve and should be proud of his achievements. I wish him every success with the Apprenticeship Awards judging process."

Another Greenkeeping Apprentice and brand new entrant to the industry is Wayne Atkinson, aged 24 from Bramhall, Cheshire. Following an extensive recruitment campaign managed by the colleges Employer Services team, Wayne has now started his Apprenticeship at AVRO Golf Club in Woodford, Cheshire under the direction of Head Greenkeeper Eddie Ainsworth. 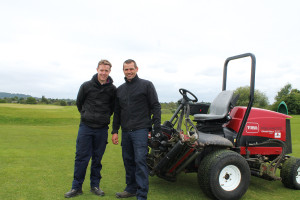 Eddie was last year the recipient of the Ransomes Greenkeeping Achievement of the Year award for his work in environmentally sustainable course management, promoting diverse wildlife through creating several new wildflower areas. Eddie is also a qualified beekeeper, and has established hives on the course and also trained other course managers in this activity.

Eddie shares his feedback on the recruitment process, saying; "I first met Lee from Myerscough College last year. We got talking about Apprenticeships and, at the time, we were really struggling to find an Apprentice and other colleges had failed to provide the calibre of candidates we were seeking. As a small club, we don't have large recruitment budgets and somehow Myerscough College provided us with some first class candidates. The choice of who to take on was a tough one I must admit. Wayne has now been with us a month and so far is bedding in well. He is keen to learn and understands the importance of our work to the members. I would recommend the recruitment services of Myerscough College to other courses looking to take on an Apprentice."

Wayne also shared his reasons for choosing an Apprenticeship in Greenkeeping and of taking such a radical career change, saying; "I have always had a keen interest in Golf and the industry. I worked in retail and could never really see my career developing. I saw the Apprenticeship and applied. After meeting Eddie and having a short work trial, I knew this was the job for me. I understand that, whilst I am learning, the financial rewards are limited; I am thinking of the long term. To be able to learn from an accomplished Greenkeeper like Eddie will, I know, pay dividends in the future."

"For me, it's initially about getting qualified and experienced in the role. I am very new to this and have to try and glean as much knowledge as I can from anyone I come across in the industry. I am also looking forward to joining BIGGA and becoming active in their industry learning events. In the future, I would like to progress both personally and professionally, eventually becoming a Head Greenkeeper myself. The Apprenticeship gives me the first steps on the ladder."

For more information on any of the programmes and provision at Myerscough College please contact the Employer Services Team on 01995 642255 or email employerenquiries@myerscough.ac.uk