If you have just dusted off the clubs after no golfing action for the past few months and fancy a few rounds on an idyllic well-maintained course, then add Ballyclare Golf Club to the wish list. Chris McCullough paid the venue a visit just as it reopened to see the efforts to which the greenkeepers, under Head Greenkeeper John Beggs, had gone to keep the course in such good shape. 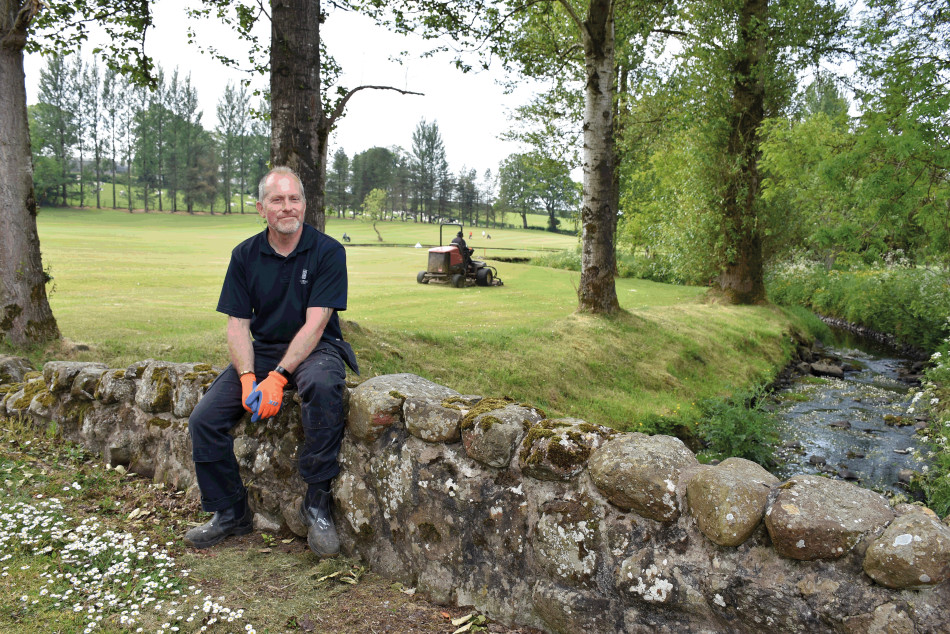 Although initially only open to its members observing recommended social distancing, the 18 hole course at Ballyclare Golf Club must be a dream venue for the discerning golfer to play.

As they finished their first rounds of golf in months, the members remarked on how good the course was looking and paid tribute to the team of greenkeepers who have meticulously nursed it through the virus era lockdown.

Ballyclare Golf Club is situated in the Antrim Hills just 1.5 miles north of the historic market town of Ballyclare, which is only a twenty minute drive from Belfast.

Dating back to 1923, Ballyclare Golf Club has since established itself as one of the foremost golf courses in Northern Ireland.

Starting off as a nine hole course, the reputation of this excellent golfing facility excelled and it became an 18 hole venue around forty years ago.

A beautifully matured course, Ballyclare is a challenging and entertaining par 71, 6373 yard, 18 hole parkland course. The course is dominated by tree lined fairways, well placed sand traps and a strategic use of natural water hazards, which can test the best of players at times.

The signature hole is the demanding par 4 third hole called Orpinsmill where players are faced with a breathtaking tee shot. Out of bounds lies in wait on the left, opposite two lakes on the right, which lead to a tree-protected green, proving just how entertaining the tumbling parkland of Ballyclare can be. 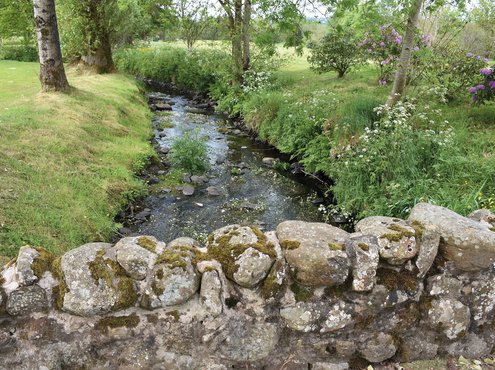 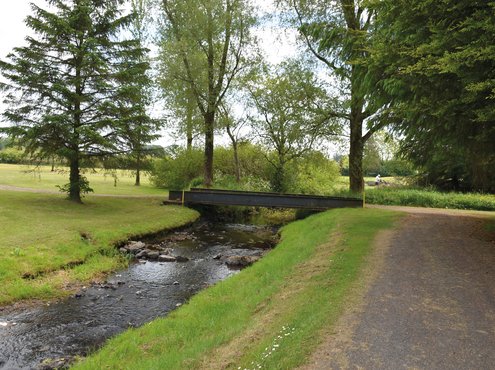 Players are often tested by the Ilsekelly River that snakes through the course setting up water hazards between the third and seventh fairways and at the eleventh hole.

Not only is there a superb course to play, Ballyclare also boasts an eight bay sheltered floodlit driving range, open all year round, and a shop run by club pro Colin Lyttle.

The delightful task of looking after the course falls to Head Greenkeeper John Beggs. He has actually worked at the club for the past thirty-eight years and has seen a fair few changes in that time. "I started working at Ballyclare Golf Club just off a Youth Training Programme at the age of sixteen," said John. "And here I am working at the same place some thirty-eight years later as the head greenkeeper."

"I've pretty much learned all my skills from working with others, as well as undertaking a few training courses in spraying and in the use of chainsaws. I did enrol for a course at the local Greenmount agricultural and horticultural college, but soon found out that wasn't really for me," he said.

"It was one of the former greenkeepers at the club, Tommy Ferguson senior, who taught me everything I know in this industry. I really couldn't have asked for a better teacher."

When the club increased from a nine hole course to the eighteen holes in 1982, it extended to 100 acres and needed more staff to help look after the greens and that's when John started.

"Now I am the head greenkeeper and work with a team of four other staff who like to do things the old school way. We get things done and are all very proud of how the place is looking." 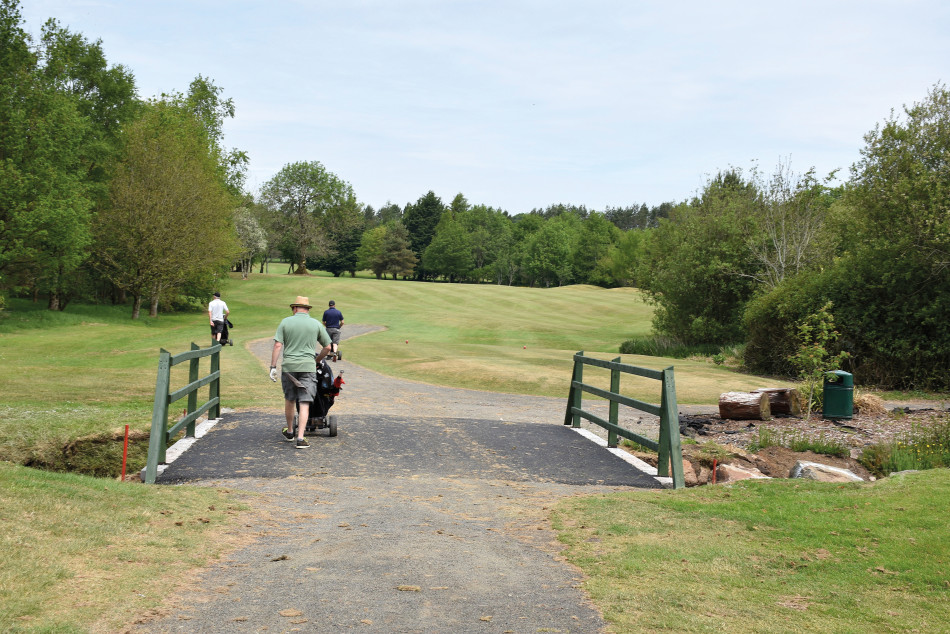 "We all work very well together," said John. "Everyone knows exactly all the jobs that need to be carried out and really just get them done. I like to encourage each of the team to work on their own initiatives and to feel free to make suggestions on what else we could be doing to enhance the course."

"Together we strive to have the course looking the best it can at all times, but there are always improvements that can be made," said John.

Now that the club is free from lockdown and the golf clubs are swinging once again, John and his team work normal hours, including weekend shifts to keep the maintenance at the highest level. Whilst the budget for the overall maintenance of the course is controlled by the club committee, John can put forward requests for the equipment or materials that he needs.

"If I need anything over a few hundred pounds, I run it past the greens convenor," said John. "The costs for the upkeep and servicing of the machinery and equipment also comes out of the budget. One of the team, Martin, carries out the basic work on the equipment but anything else is outsourced to local company Nesbitts."

There are two distinctive soil profiles that dissect the course, influenced, of course, by the river and water features.

"The top part of the course would be a drier, free draining soil but down below at the lower level the soil condition is heavier and not great," said John. "Over the years, the greens and tees have been constructed using mostly soil, whilst others have been replaced with GOSTD 70:30."

"They don't require any special maintenance just plenty of verti-cutting, slitting and, twice yearly, we verti drain them."

"In this particular area, we do receive quite a lot of rain which does take heavy effect on the course at certain times of the year and flood the wetter, lower lying sections. To counteract this, we scarify the fairways and carry out plenty of spiking. Another slight issue on this course is that we have plenty of trees, which, as beautiful as they are, can shade parts of course."

"We do use temporary greens here and the club has a driving range and practice facility run by Colin the pro. My team look after all the maintenance and cutting of these areas as well," John added. 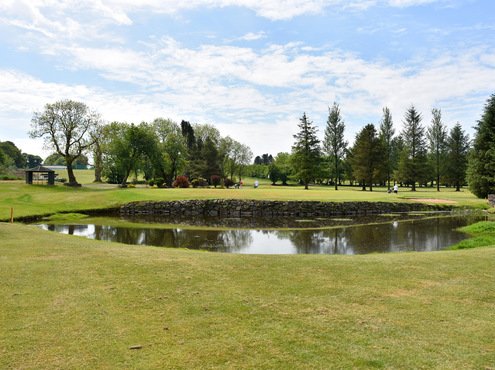 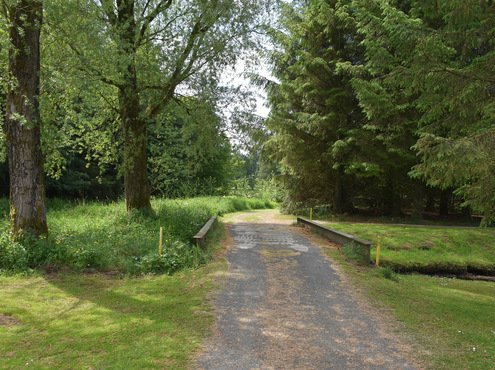 With such a large area to look after, it is just as well the staff can all do any job that is required of them. As normal, the summer grass growing season is predictably one of the busiest in the greenkeeper's calendar.

"We cut the greens at three millimetres in the summer," said John. "And we then leave it a little bit longer at four millimetres during the winter period. We also carry out plenty of verti-cutting during the cutting season as well."

"Regular topdressing is very much standard practice for us, just to keep the thatch under control and ensure a smoother surface for the players."

"Also included in our maintenance schedule is verti-draining and we carry that out twice a year. There is also plenty of slitting done over the winter," said John.

Having the course look the best it can is of the utmost importance for John and his team as they know a good aesthetic is a true reflection on their professionalism.

John added: "Presentation ranks highly here as the course must look and play good. At the end of the season, we carry out the usual renovations to the course, including tree cutting and renovating the bunkers."

"Renovations are, of course, governed by the budget. As part of my job, I send a monthly report to the greens convenor who, in turn, relays any important information about the course to the committee and members," he added.

The striking beauty of the course is enhanced by a number of specific features, including a wooded area with a wildflower carpet, a number of water areas and small bridges, and some seated areas for players to catch their breath and admire the view.

"These areas all help the look of the place," added John. "There are also a number of paths and flower beds located on the course."

"All the staff are up to date with the current legislation and I am in charge of the first aid around here. We really do operate like a well-oiled machine," he laughed. 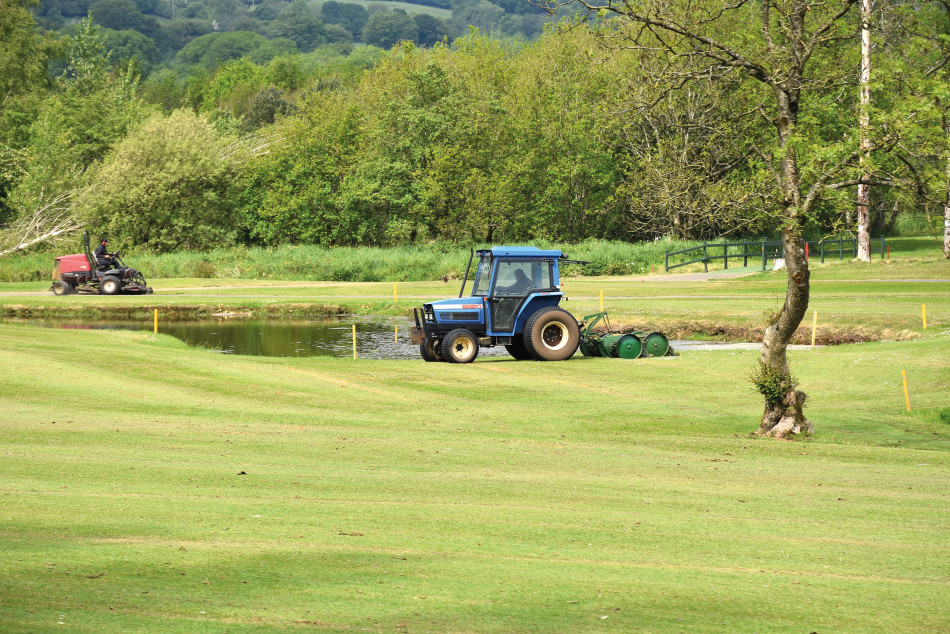 Running a well maintained golf course is not only dependent on the skill sets of the head greenkeeper and his or her team, as the availability and condition of the equipment they use is also a major factor.

At Ballyclare Golf Club, the team have access to a wide number of machines and tools that make their jobs just that little bit easier.

"All our equipment is in good condition," John said. "We like to look after the machines and make them all last for a while. We would normally purchase the larger machinery from local dealers on a five year replacement deal, depending on the machine of course," he said.

Toro is the preferred choice due to the wide selection of machines and, of course, price and brand reliability.

Asked if there is one new piece of kit that has significantly helped to improve the playing surfaces at the club, John replies; "That would be the topdresser. It's a fantastic machine and helps us out a lot. We have most of the machines we need but, if there are any jobs that need additional equipment, I can hire them in."

"Items like a stump grinder, for example, would only be occasionally used, therefore it makes more sense to hire one than purchase it and leave in the shed for long periods of time." 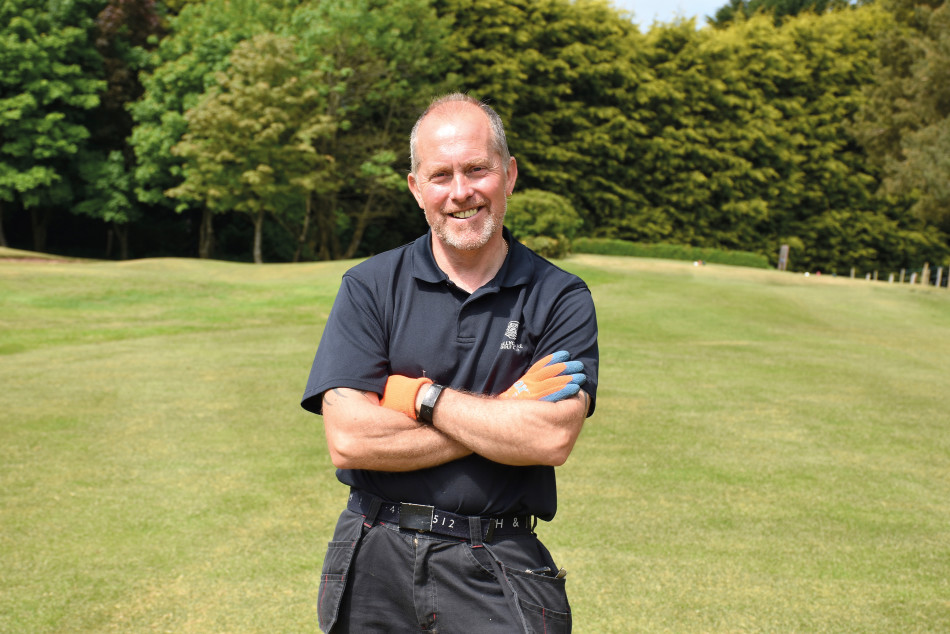 Every golf course or sports ground has its own set of issues with pests and diseases, and the golf club at Ballyclare is no different.

"We do carry out regular pest and weed assessments and form a control plan based on those checks," said John. "There are a lot of rabbits on the course but we tend to leave them to it unless they are causing a particular nuisance in an area."

"There are some outbreaks of Fusarium at times which we would treat but, other than that, we aren't affected too badly," he added.

John agree that the greenkeeping industry is a tough one to work in and that greenkeepers in general are very undervalued.

"Greenkeeping is indeed a tough industry to survive in and we could all do with a pay rise across the board," he said. "We are not too bad here at Ballyclare as we are pretty much left to get on with the job ourselves."

"Whilst the club committee is happy and the members keep telling us how good the course looks and is playing, then that keeps my staff and I content, for now," John said. 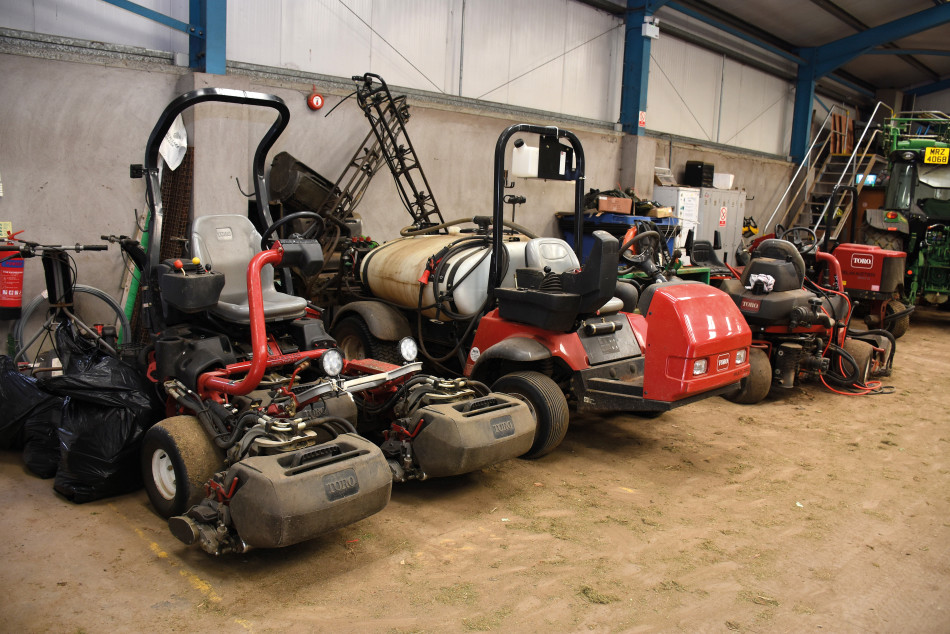