From fighting mosquitoes at stadium to five-star comfort. This IPL season, confectionery company Cadbury decided to provide five-star accommodation to reward the unsung ground staff. They have also been given uniforms designed by celebrity designer Masaba, food, and a bus to ferry them from the hotel to the ground and back.

In the past, whenever he crossed Marine Drive, Vasant Mohite, a 57-year-old groundsman at Mumbai’s Wankhede Stadium, would wonder what it was like to stay in one of the luxury hotels along the seaside promenade. It was a dream beyond his means.

But this IPL season, that dream has come true, with confectionery company Cadbury deciding to provide five-star accommodation to reward the unsung ground staff. They have also been given uniforms designed by celebrity designer Masaba, food, and a bus to ferry them from the hotel to the ground and back.

He says there were whispers before the start of the season that they would be put up in a five-star hotel, but he didn’t quite believe it. “Then one day, MCA (Mumbai Cricket Association) told us that Cadbury would take care of our accommodation (for the season). They would give us clothes and food for the next two months of IPL,” recalls Vasant, seated on a cushion with a view of the Arabian Sea hugging the Marine Drive.

He remembers how different, and often difficult, it was before. As the matches often end late – their shifts end much later – they couldn’t return home. So they would spend the night in a small room below the Vittal Divecha Stand at the stadium, where mosquitoes made sleep difficult. “Machhar kaat ke deemag kharab kar deta hai (mosquitoes would drive us mad). After the match, we could not go anywhere as train services were shut. So we would sleep in our office at the ground itself. If there is no game, we reach the stadium by 9 am and leave by 6 pm. But on match days, we come in early, and the MCA pays double if we work late,” says Vasant, clad in khaki shorts and a crisp white shirt. 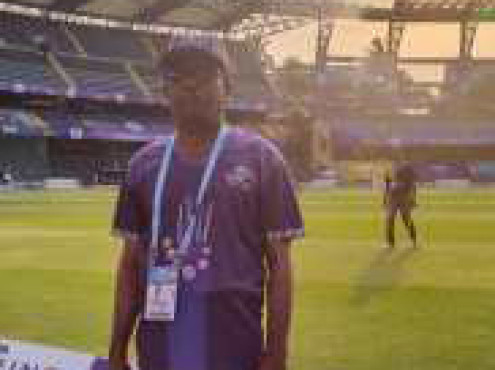 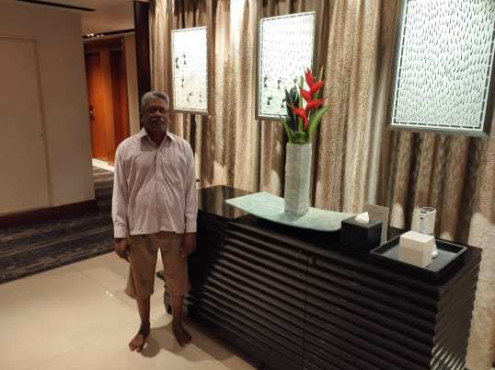 In his new room, though, he has a different set of concerns. Locating the switch for the lamps was difficult, he says. So much so that he doesn’t switch on the lamps at all. He gets good sleep, but the mattress is a little too soft, he says.

“Walking to the dressing room is different now. We have our own bus which drops us. We don’t have words… the only thing we can say is thank you,” says fellow groundsman Nitin Mohite.

Often, that is all they get from the players too. A “thank you”. But that’s all they want.

Vasant recalls how former cricketer Mohammed Kaif walked in and hugged him two years ago. “Under-19 se yehi hum logon ke seva karte tha (he has been helping us since the U-19 days),” Kaif told his fellow commentators, he says. Vasant was overjoyed.

However, the new generation doesn’t share the same warmth and seems busy in their own world, says Vasant, who has been a dressing-room attendant during match-days since the ’90s, serving players and support staff, providing towels, soaps and ice.

He says he has been fortunate to have watched some legendary players from close quarters. From Sunil Gavaskar to Prithvi Shaw, his service cuts across generations. He has seen the rise of Sachin Tendulkar as well as the rise and fall of Vinod Kambli.

Needless to add, he has a special fondness for Mumbai players. “They have been the best for me. They come and ask about my haal-chaal (well being). Kambli, Tendulkar, Ajit Agarkar – they used to make sure I never felt uncomfortable inside the dressing room. I have seen how passionate Amol Muzumdar was about his game. He would get upset the most whenever he got out,” he says.

But when he sees that someone is disappointed, Vasant quietly moves to another room. “Players need space, I have seen players getting angry and getting happy. I have seen how Tendulkar walked back crying. When he went and touched the pitch at the end of his retirement game, I couldn’t control myself. For the next two days, my heart was full,” he recalls.