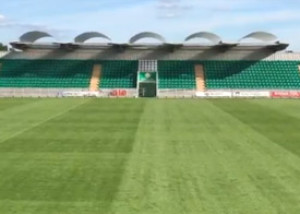 This weekend, the home of the London GAA community is re-opening. McGovern Park in Ruislip is the headquarters of the GAA’s county board of London. The Ruislip facility has been redeveloped, just in time for the London based Gaelic football team to host the Connacht Senior Football Championship quarter finals when they will face Leitrim.

Improvement to the new ground include the brand new 1,950 seater Tony McGovern stand, named after businessman Tony McGovern, who himself is native to Leitrim. Longford Company Kiernan Structural Steelwork Ltd erected the framework on the stand and the ground works were carried out by UK based, Foran Construction Ltd. The facility has a new training area complete with floodlights. There are also four new dressing rooms, a referees’ room and a medical treatment room. The previous dressing rooms, which are attached to the clubhouse, are to be converted into meeting rooms and media newsroom. If you happen to be in London, be sure to drop into the ground bar, it has full sports coverage, including eir Sport for live GAA.

McGovern Park previously known as The Irish TV Grounds or “Emerald GAA Grounds” is located South Ruislip, west London. The new facility was originally meant to be completed in time for last year’s Connacht Championship, however, when original proposals for the project came in over budget, the development had to be postponed. To stay within budget, planners had to modify the new 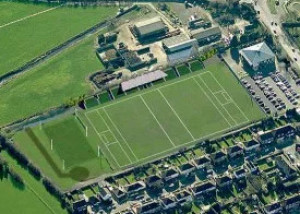 stand. The total budget for the new grounds was £4.17 million with Croke Park purportedly putting up £3.67m and the London GAA board raising £500,000 themselves. The £3.67 million is reported to be financed with money from the £5.5m sale of New Eltham, an old GAA ground in North London that had been idle since 1992.

The brand new pitch was constructed by UK contractors Prunty Pitches, the team behind the Pitches at the Meath and Monaghan GAA Centres of Excellence as well as the pitches at the GAA’s National Games Development Centre at the National Sports Campus. The re-developed pitch will provide a source for irrigation with all the rain water that falls on the new pitch will run into drains and stored in a well and attenuation tanks. The pitch is in magnificent condition ahead of its reopening this weekend.

Donal Corbett of the Ruislip Development committee has been quoted saying; “The pitch will rival any here or in Ireland. We were getting to the stage where the pitch was not fit for purpose. If you ask any player here Ruislip was great to play on in the spring or 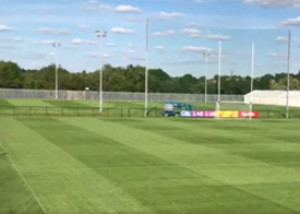 autumn, but come winter and the ground was so hard that they would be coming off with burns. When we did the pitch analysis for the developers they couldn’t believe that it was being used so much. So the new pitch will have roughly about 25 per cent less matches on it.”

London GAA footballers and hurlers were permitted by the GAA’s Central Council to play all their 2017 Allianz Football League games away from home with Ruislip still being developed. In 2018, they will be allowed to have all of their league games played at home in the new Irish TV Grounds. Which will be welcome news to the London GAA community. It is also welcome news to the team as their away form this year has not been good, finishing in last place in the Allianz Football League Division 4. The London hurlers didn’t fare much better in the Allianz Hurling League Division 2A with only Armagh buffering them from bottom.

If you would like to view the original article please vsit HERE.