As far as jobs go, Eton College provides a unique challenge. As one of the most recognisable names in education with great historical significance, the school’s reputation from students to sports pitches is paramount. 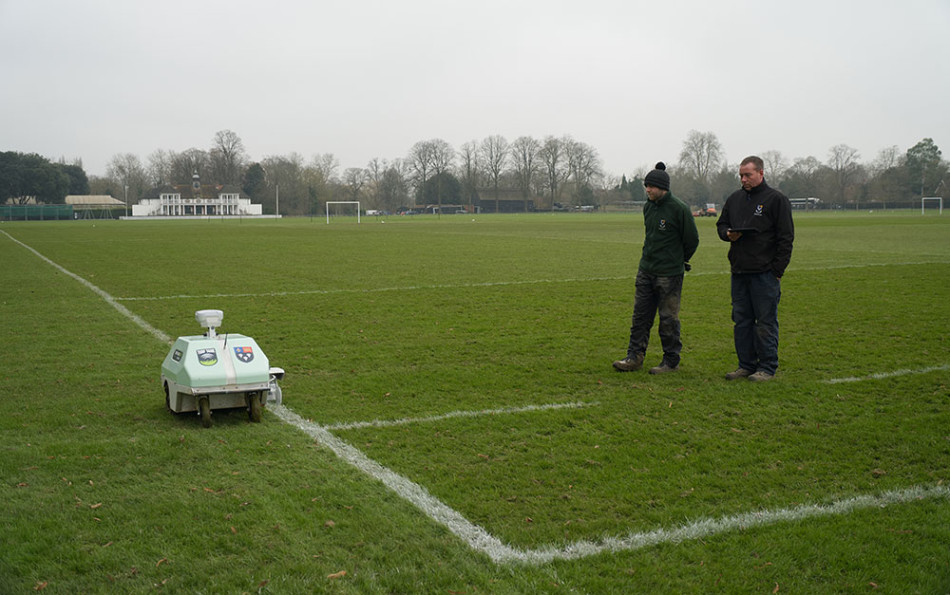 Since May 2020, Eton’s 38 winter sports pitches and 1,500 acres of land spanning the M4 all the way to 2012 Olympic venue Dorney Lake have been under the control of Grounds Manager Lee Marshallsay.

His tenure has coincided with the Covid pandemic, which brought to light the number of man-hours his team spent line marking and the fact something needed to be done about it.

For context, Lee has a team of thirty. Eleven are groundsmen, with two on the college’s golf course full time and another pair dedicated to line marking. Over the summer, the line marking duo spent six to seven weeks marking out football and rugby pitches for the commencement of the school year, and in November, Lee checked his Turf Keeper records to discover his team spent over 850 hours marking.

The man-hours and pressure involved in completing this task between terms had Lee looking for alternative options. Despite being initially sceptical of a robotic line maker, he eventually turned to Turf Tank. https://turftank.com/en/

“It was also about helping the team, so they didn’t feel under pressure all the time. With the robot, where it’s taken us six or seven weeks to mark everything, we can effectively do that in a week now. Suddenly, the pressure has gone, and if we have staff on holiday or off sick, it keeps us out of trouble.”

“We’ve got some projects lined up this summer that we are going to do in-house, and suddenly, that marker frees up two people, and we can put extra staff on the projects. That’s how we’ll use it as an aid and addition to the team to help plan workload and projects.”

With the Turf Tank One in place, Lee is looking to cut his marking hours by more than half. For him, this will increase pitch quality with additional aeration, cutting and finessing taking place. But choosing a robot and company that could provide everything he needed was critical.

The support from Alex and the Turf Tank team has been exemplary, with all questions answered quickly and I know that there is a full-time service engineer if I ever need hands-on assistance.” 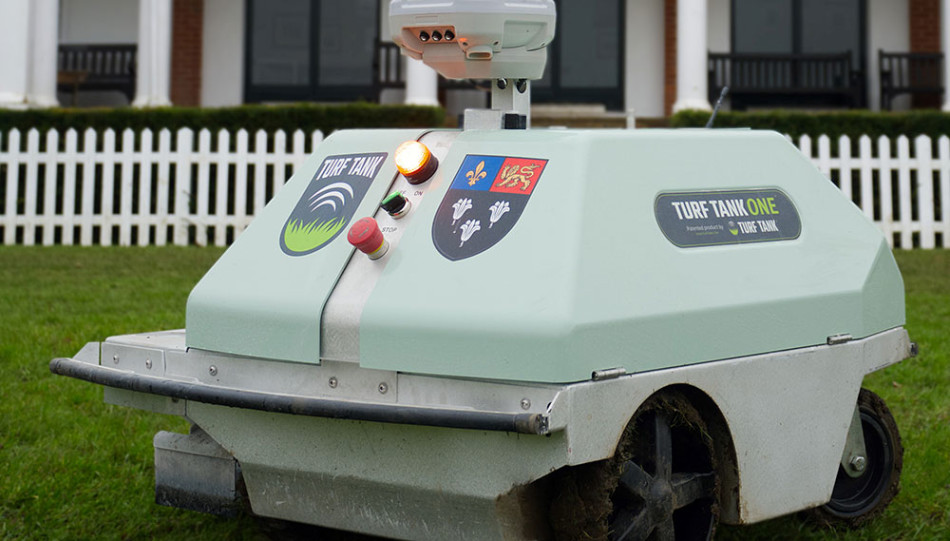 “I think to be fair; the Turf Tank instantly ticked a lot of boxes for us. And it wasn’t just me, my team were there, and we tried other machines a week apart on the same pitch. We looked at line quality, how much paint it was putting out, how quick it was to set up, and there were similarities.

“But then we started to think about the differences. Do we want to be tied into a paint deal? Do we want an annual subscription fee? Turf Tank gave us that bit more flexibility.”

“The other factor was the base station. You read a lot about the pros and cons, but to be honest as soon as I saw how it interacted with the machine, and how much more accurate the marking was, compared to those without using a base station, the whole team were like ‘it’s a no brainer, isn’t it?’ It blew us away, to be fair, and we bought the Turf Tank, and we now have base station points installed across the site, and it has worked really, really well.

“The Turf Tank records templates for initial marking and subsequent over-marking. Being able to get those templates was a significant point for us and nothing has been out of the remit of the robot. We’ve got most of the pitches loaded up now, including where the goals are actually smaller than a football goal, but we’ve managed to get the robot between the two posts and mark. Everything we’ve asked for has happened, and it has been great

“We want to teach our staff new skills and using and understanding the latest technology is very much part of Eton College’s ethos. I’m very much won-over and very impressed with the Turf Tank One line-marking robot. And if I were to move anywhere else, it is one of the first things I’d want to have in my fleet.”