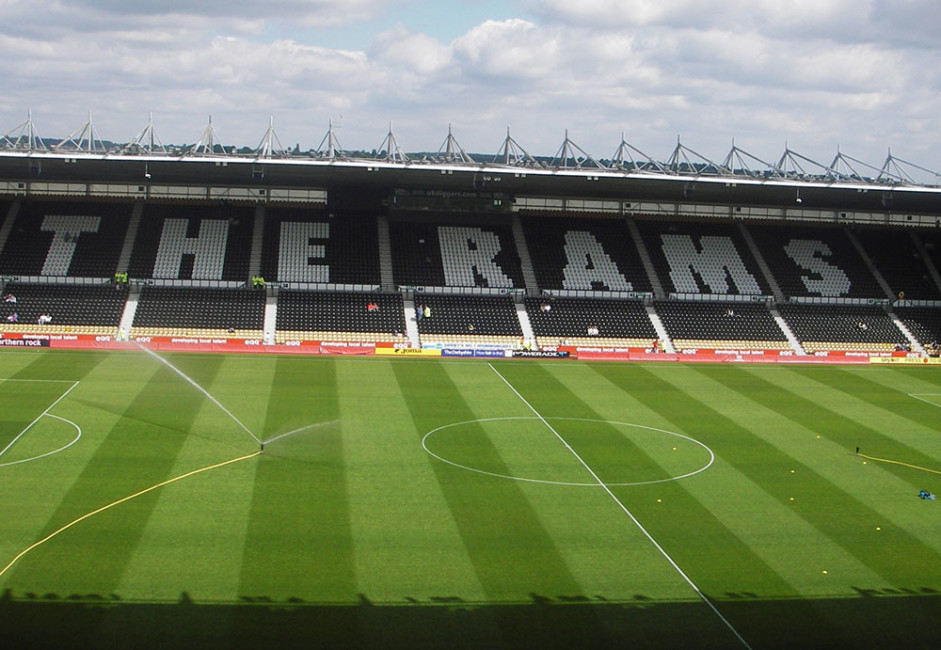 Derby County news from DerbyshireLive as the Rams reveal work taking place at Pride Park Stadium ahead of the 2022-23 season.

Derby County ground staff are already working on preparing the Pride Park Stadium pitch for the club’s 2022-23 League One campaign.

Work is currently taking place to get the playing surface in the best possible condition. The “annual summer course of treatment” for the pitch is being overseen by head groundman Paul Thompson.

The Rams said: “Work on the Pride Park Stadium playing surface began early recently to ensure it is in excellent condition for the new campaign. The annual summer course of treatment for the pitch is being overseen by head groundman Paul Thompson, the winner of the 2021/22 Brian Clough Award at this month’s end of season awards, and his dedicated team alongside Sean Goodwin and the team at Talbot Turf.”

“In a similar process to last summer, the previous grass from the playing surface has now been removed, taking out all the organic matter to provide a clean surface and expose the synthetic fibres in place on the pitch. A verti-drain and aeration process has also taken place, alongside the application of sand and seed to allow the new grass to begin to grow. The pitch will be treated and maintained throughout May and during June and July to make sure it is in the best possible condition for Wayne Rooney’s side.”

Work has also been taking place on the first-team and Academy pitches at the Derby’s Moor Farm training ground over the past few weeks, in preparation for the start of pre-season towards the end of June. The Rams are officially still in administration as American businessman Chris Kirchner closes in on a takeover of the club.

Contracts for the sale have been exchanged with administrators Quantuma and the deal has been granted conditional approval by the EFL, subject to the stadium situation being resolved. Pride Park Stadium is currently still owned by former club chairman Mel Morris. Kirchner was due to start funding the club from this week.