Cricket Ireland has faced major criticism on the world stage for the first time since Ireland was declared a full, Test playing member nation. In a damning ESPN article, Cricket Ireland were lambasted for calling off the ODI against the Windies yesterday, despite the best efforts of the ground staff.

There was glorious sunshine in the Stormont grounds for up to 3 hours prior to when the match was scheduled to start. Unfortunately, the damage was done the evening before, and while the square was protected from the rain the previous evening, the outfield was left uncovered. As a result, Ireland are still waiting to play their first game against a Test-playing nation since being awarded full membership by the International Cricket Council in June.

The major criticism being levelled at Cricket Ireland is that, in the absence of a modern drainage system, they should have done everything in their power to make sure they gave the match the best chance of going ahead. It has been said that while the ground staff did everything they could to make conditions fit for play, Cricket Ireland should have got covers in for the outfield and arranged for temporary ground staff to help with the heavy load, to make sure the game went ahead. Planning for the game lasted 14 months and cost Ireland around €200,000.

While the square was protected from the rain the previous evening, the outfield was left uncovered.

An ODI match against a Test-playing nation is rare fixture for Ireland to host, and this is a huge disappointment to fans and players alike. Irish players were fuming with the match being cancelled, apparently blaming Cricket Ireland for letting the debacle play out. They were left in no doubt that the game would have played out in England under the same circumstance.

It would be unusual for England to abandon cricket matches when it had been dry for several hours in the lead up to the game. If the possibility of One Day International cricket in Ireland is dependent on two days straight of dry weather, there will not be much ODI cricket in Ireland. 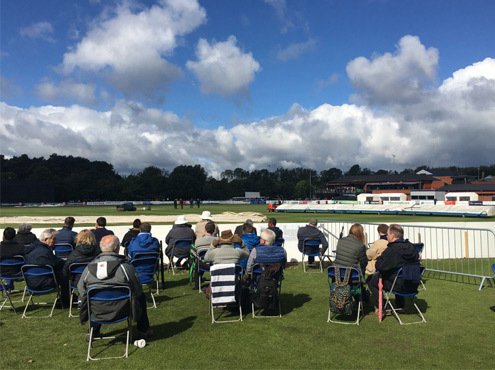 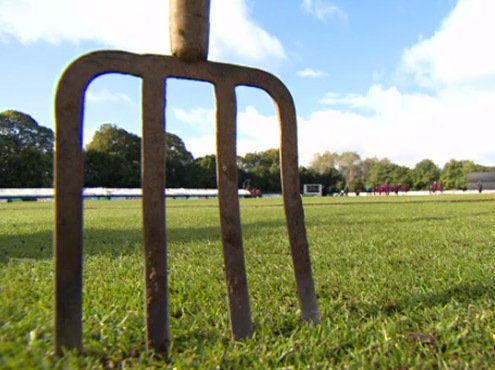 Only 4% of ODIs in England end with a no-result. This is a level that Ireland are going to have to try mirror if they are to get more of the ODI games againt Test-member nations that they need so badly, to reach new fan groups. Ireland have had 50% of their ODI games abandoned, fortunately we have only had six ODI games at home so that statistic can be improved guick and fast, but only if we make sure that we are giving ourselves every possible chance to get these games played out.

It cost eir Sport about €100,000 to provide coverage of the ODI match against the West indies and Cricket Ireland will be hoping that future investment in cricket matches in Ireland will still be there. This coverage is badly needed for reaching out to a large audience. Fans that basked in the sun for hours prior to the match being abandoned, left the ground angry and less inclined to take a day off to go to an Ireland game in the future.

Cricket Ireland has been receiving a lot of plaudits from various media sources and sporting bodies about how well they are being run and this is going to be a bit of a stain on their bib. In an article on Pitchcare Ireland back in June, we discussed Cricket Irelands plans for a new stadium, which Cricket Ireland said would, match their ambitions. A new stadium is no good to anyone if the games are not going ahead. 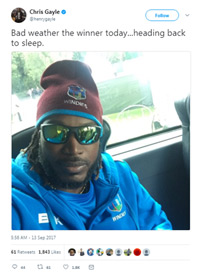 The biggest obstacle to cricket in Ireland is without doubt the weather, this is where investment must be focused. Cricket Ireland won’t get the extra funding that comes from being a Full Member until January 2018, with financial backing rising from an estimated €2.7m to €5m per annum. Investing in high tech drainage, full covers and training ground staff should be the first order of the day when the Full-Member status money comes in. Perhaps putting an emphasis on one ground initially, rather than splitting resources on 3 or 4 ‘international’ grounds could be a smarter way forward.

It is almost four years to the day since the landmark match in Malahide, when the England cricket team visited for a one-match ODI series. The capacity crowd that day was 11,500, a record cricket crowd in Ireland. It was a landmark occasion for cricket in Ireland. Since then, Irish crickets reputation has been elevated even loftier heights on the back of their new, full member status. This the first major (and valid) criticism Cricket Ireland have been levelled with, it will be interesting to see how they will respond.