A greenkeeper at a Basingstoke Golf Club has been named ‘Conservation Greenkeeper of the Year’ at the England Golf Awards. 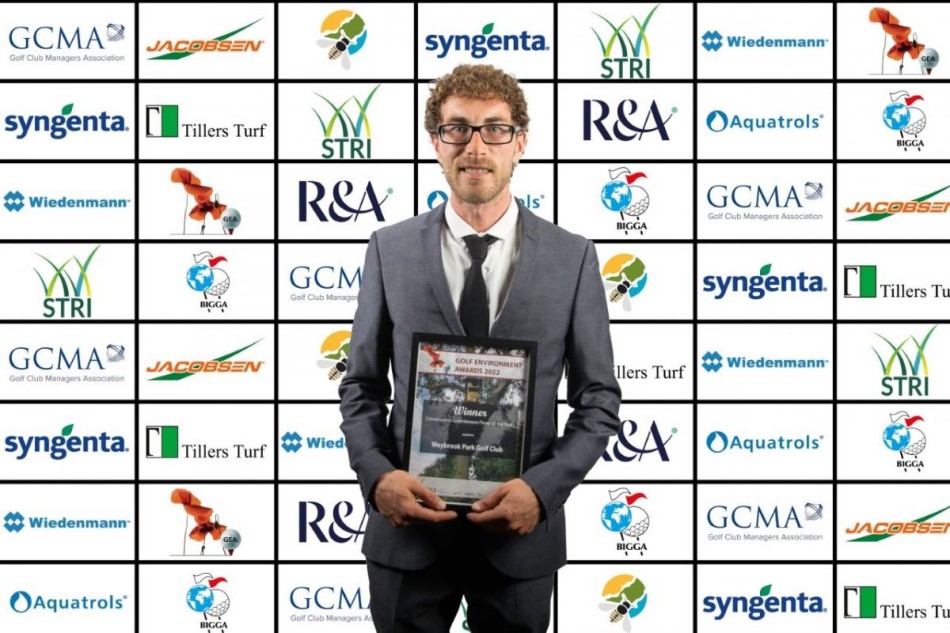 Adam improved the course to make it an ideal habitat for a variety of species, particularly birds. These include making and installing a swift box, owl box and a duck house on the course, which have all been installed in the last year.

Adam said he was very happy and honoured to be announced winner of Conservation Greenkeeper of The Year.

“I started by making signs for a range of wildlife and putting them in the relevant areas of conservation, also up in the club house to inform and educate golfers of the wildlife we have around the golf course, especially the protected species.”

“I made an owl box, swift box, duck house and bug hotels that I worked on during the winter and situated around the course along with 12 small bird boxes.”

“The main project I have been working on is protecting the ground nesting birds, the Skylarks. I’ve made a large Skylark protection area on the course and put up signs surrounding the areas where I knew they are nesting.”

“I have monitored the Skylarks for the past few years and found specific areas where they like to spend most of their time. I have roped off large areas of the course that will stop anybody walking or driving through them at any time. It was a great first year protecting these birds as I found many successful nest sites and I am already recording this year’s Skylarks around the course.”